It began as a way to help children evacuated from Ukraine to prepare for school in Alberta this fall, but as it wraps up, it’s clear it grew into something much more.

Friday marks the graduation for the dozens of students in Ready to Study Ukrainian Summer School, which has been teaching Ukrainian children who came to Calgary as refugees earlier this year.

Kathy Sushko, who is hosting a Ukrainian mother and daughter says the girl, Maria, has been attending the summer camp over the last three weeks.

“100 per cent, without a doubt this program has brought Maria a new understanding of the school curriculum of the school procedures and (is) getting her ready for school. She's excited,” said Sushko.

“She finds comfort being here with her peers. She has created a social network of friends, And I've seen that progress since they've been here. Programs like these offer social socialization that they need and connection with people that they can relate to.”

The institution is the brainchild of University of Calgary neuroscientist and PhD candidate Anastasiia Stepanchuk.

Stepanchuk came to Calgary from Ukraine four years ago to study. When Russia invaded Ukraine, her mother, along with her 12 and 15-year-old brothers arrived in Calgary as evacuees.

“I realized that I would need to hire some tutors for them to maybe help them adjust to the school system to learn English better throughout the summer. Then they came here, and they started feeling a bit isolated. I realized that a lot of kids might be facing the same issue coming in to Calgary,” Stepanchuk said.

“So I thought, ‘why not do both things at once?’ Brush up on English, review some of the subjects and make the kids meet each other and make new friends in Calgary.” 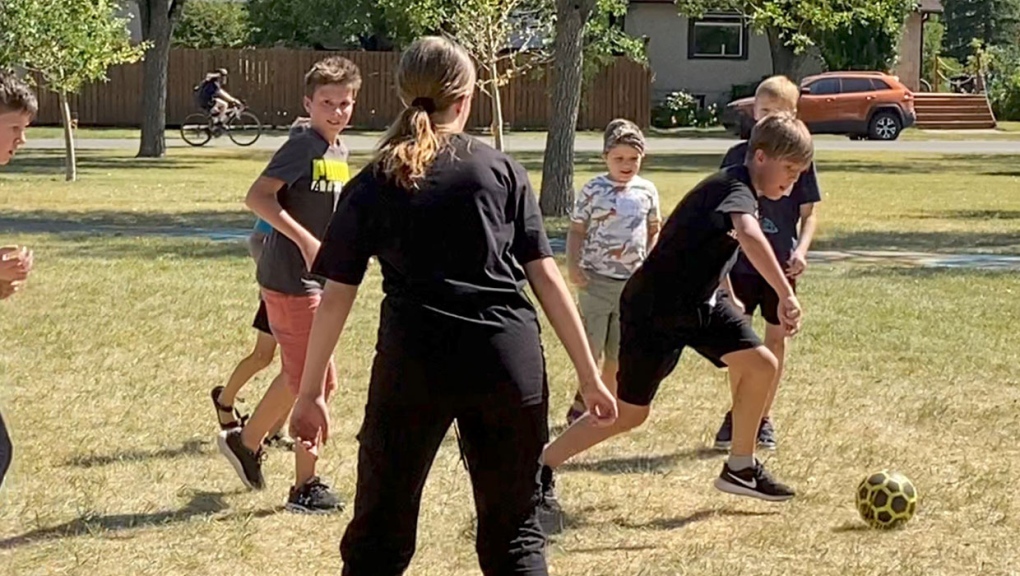 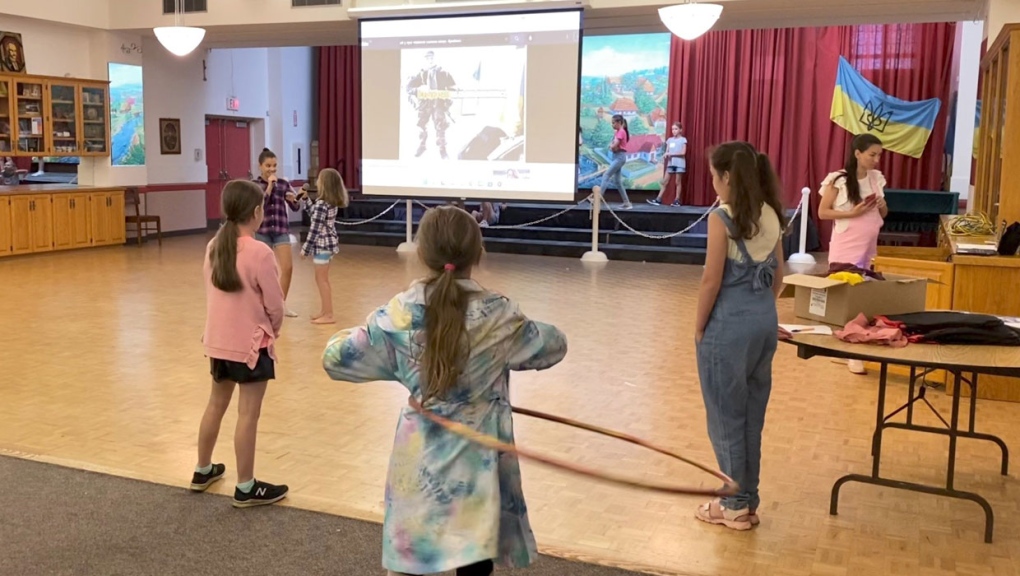 Teachers from both the Calgary Board of Education and Calgary Catholic School District, along with volunteers from the community are helping the students prepare for the upcoming school year. Jennifer Doty, who retired this year from teaching mathematics, is one of them.

“It's been a matter for me of trying to adapt my lesson so that everybody can understand and participate. We usually start out with some vocabulary and we translate it into Ukrainian. And then we do some practice with the math skills,” said Doty.

“They've been great, great students – actually quite, quite attentive and engaged. I'm just really hoping that what we've done here has helped to prepare them for the fall, so they have a successful start into the Canadian schools.”

Aside from the language barrier, adapting to a new school system, new methods of testing and a new curriculum is a big change for students.

“I learned about the grading system. It's very different for the Ukrainian one,” said Albina Bilecka, who is in high school.

“It's not harder or easier, it just differs drastically from the Ukrainian (system).”

Bilecka was also surprised at how many other Ukrainian students are in Calgary.

“I expected way less people from Ukraine, and I was very surprised to see that many kids in the camp.”

After the morning classes, which take place at St. Alphonsus School, the students head to the nearby Assumption of the Blessed Virgin Mary Ukrainian Catholic Church for lunch, crafts and games.

The nearby Ukrainian Pioneer Park is turned in to a soccer pitch, and the church basement often hosts pop-up karaoke. There are also well-attended extra STEM classes for students who want to continue studying through the day.

Now that the session is over, each student will receive a backpack filled with the school supplies they will need as they head into the fall semester, but more importantly, they will be leaving with a new confidence, and new friendships, as they head to school in September.

The Calgary Board of Education operates a welcome centre for non-Canadian students. Since April 22, it has registered 588 students from Ukraine

Assessment teachers work with the students to determine their language proficiency and once they enter school, the students are offered additional support including translators, strategists, specialists, psychologists and other mental health supports.

The Calgary Catholic School District operates a similar program through its St. John Reception Centre, which offers students and families registration support, as well as access to district-trained interpreters. It also offers outerwear and backpacks filled with school supplies, gift cards for in-home needs, and access to settlement workers.

It adds it has registered more than 130 Ukrainian students for the new school year.

At least 6 people wounded in shooting at school in Oakland, Calif.

At least six people were wounded in a shooting at a school in Oakland on Wednesday, officials said.