Suspect in custody following investigation into gunshot in Greenview apartment 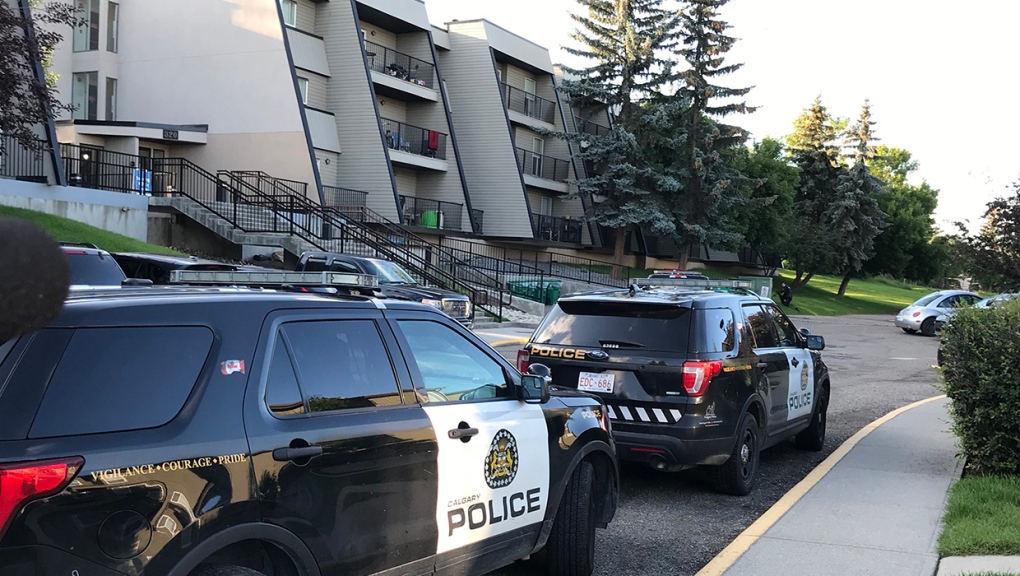 Police units outside of an apartment building on Grier Ave N.E. Wednesday night during the investigation into reports of shots fired

Members of the Calgary Police Service including the TAC team surrounded an apartment building in the city's northeast during an investigation into a shooting during a domestic response.

Miranda Grant, a resident of an apartment in the 300 block of Grier Avenue N.E. confirmed to CTV that a bullet landed in her unit.

"It was my apartment that a bullet came flying through," said Grant. "It went right through the one wall, through a mattress, through the other wall and into the living room and stopped."

"We have three cats and a dog, and (given) how many people were in that apartment, I'm so surprised we didn't get hurt or hit by the bullet."

Grant says one of her neighbours had been boisterous in the minutes before the shooting.  "The guy whose apartment that the gun got shot through, he was out here just earlier, prior to that, yelling at the top of his lungs, screaming, all that stuff. About 15 minutes later, the shot happened."

Kiran Luker says she made the initial call to 911 but it was to report a domestic dispute involving her neighbours. A short time later, one of the neighbours approached her with the bullet fragment. "What the eff?" said Luker of her reaction in the moments before she called 911 a second time to report the fact a shot had been fired.

A suspect was apprehended by police Wednesday evening.