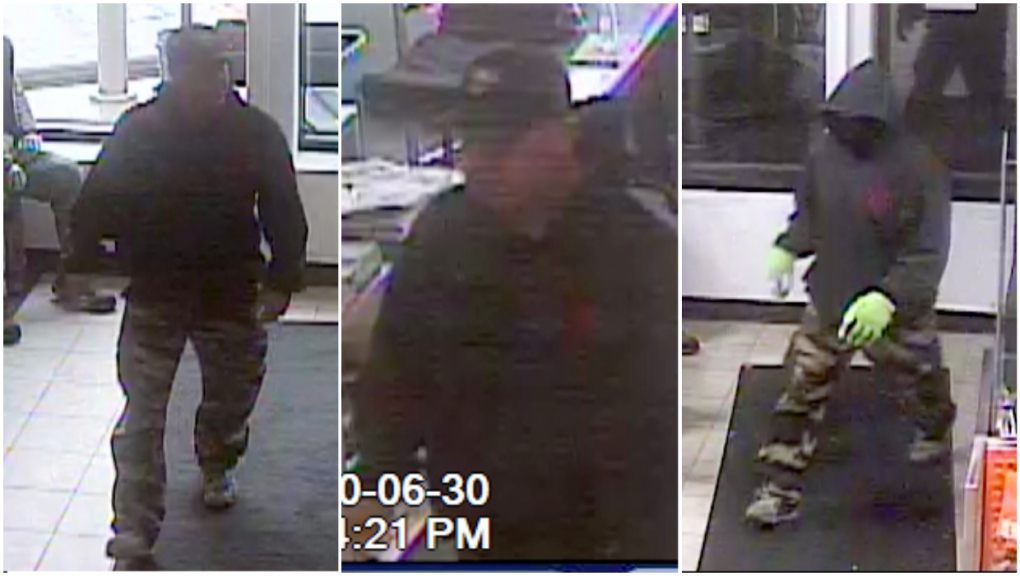 Calgary police released these images of a suspect wanted in connection with a series of break-ins at northwest businesses. (Calgary police)

CALGARY -- Calgary police are asking for help from the public to identify a suspect believed responsible for at least six break-and-enters at northwest businesses since mid-June.

The first happened about 3:30 a.m. on June 14 when someone broke into a Chicken on the Way, a JOEY restaurant and a Starbucks in the Crowfoot and Royal Oak areas and stole cash from tills and charity donation boxes.

Then on July 1 at about 3 a.m. police believe the same man broke into an Edges Salon and Spa, a Petland and a Mark's, also in the Crowfoot area, again stealing money from tills and charity donation boxes.

The suspect also stole work boots and work pants from one of the businesses.

He is described as being about 177 centimetres (5-10) tall with a medium build.