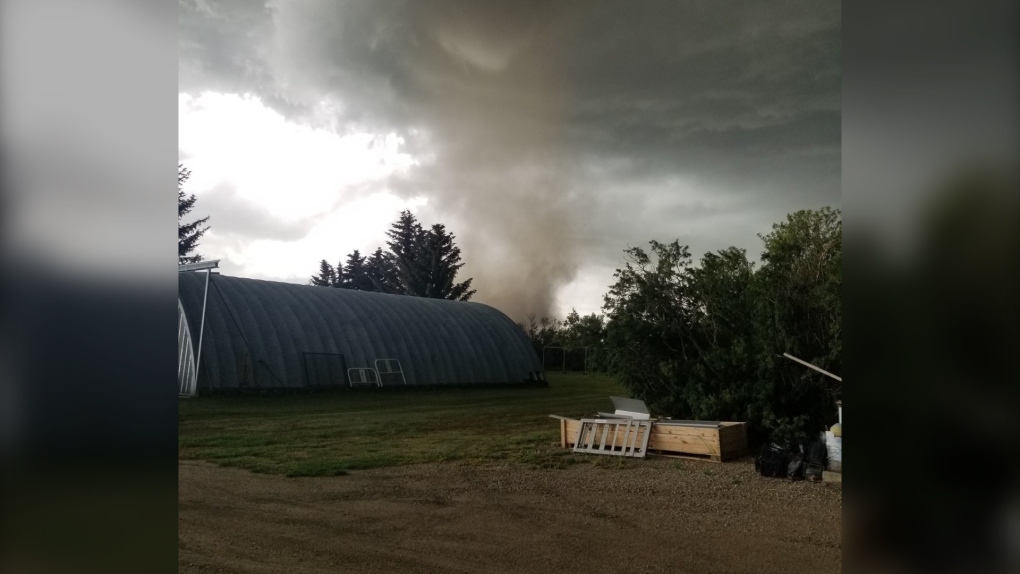 All tornado warnings for southern Alberta have ended.

That news came shortly after 6 p.m. Thursday, following the news that a  tornado had been spotted near Lomond, moving southeast at 70 km/h towards the communities of Enchant, Turin, Picture Butte, and Vauxhall..

At 5:24 p.m., Environment Canada issued a tornado warning for Vulcan County as well as the MD of Taber.

According to Environment Canada's website, anyone confronted by a tornado is advised to seek shelter immediately in a basement or reinforced structure. Get low and put as many walls between yourself and the storm as possible.

Stay away from windows, doors and outside walls.

If you are on the highway and can’t avoid the tornado take shelter in a ditch or ravine.