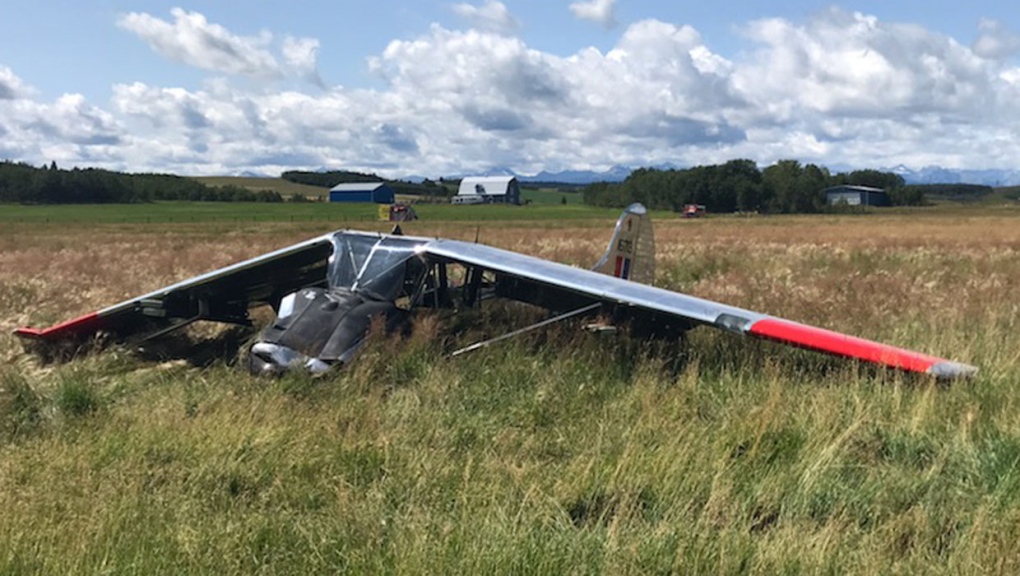 RCMP say two men were hurt when their plane crashed shortly after take-off at about noon on Saturday. (Supplied)

Two men have been taken to hospital on Saturday after the plane they were in crashed near the Town of Black Diamond.

Alberta EMS says paramedics were called to the scene at about 11:40 a.m. for reports of a small plane that went down near the community.

Adam Loria, an EMS spokesperson, tells CTV News the crash scene is near the intersection of 144 Street and 434 Avenue.

Two males were on board the plane when it crashed and one of them, a 67-year-old male, was taken to Foothills Medical Centre in Calgary by STARS Air Ambulance while the other was taken there by ground ambulance.

Both patients were seriously injured in the incident, but are in stable, non-life-threatening condition.

RCMP say the single-engine plane had taken off from a rural landing strip and was heading to High River.

The Transportation Safety Board says the plane went down shortly after takeoff, but there is no information on what actually took place.

TSB officials say there are no plans to dispatch teams to the scene.