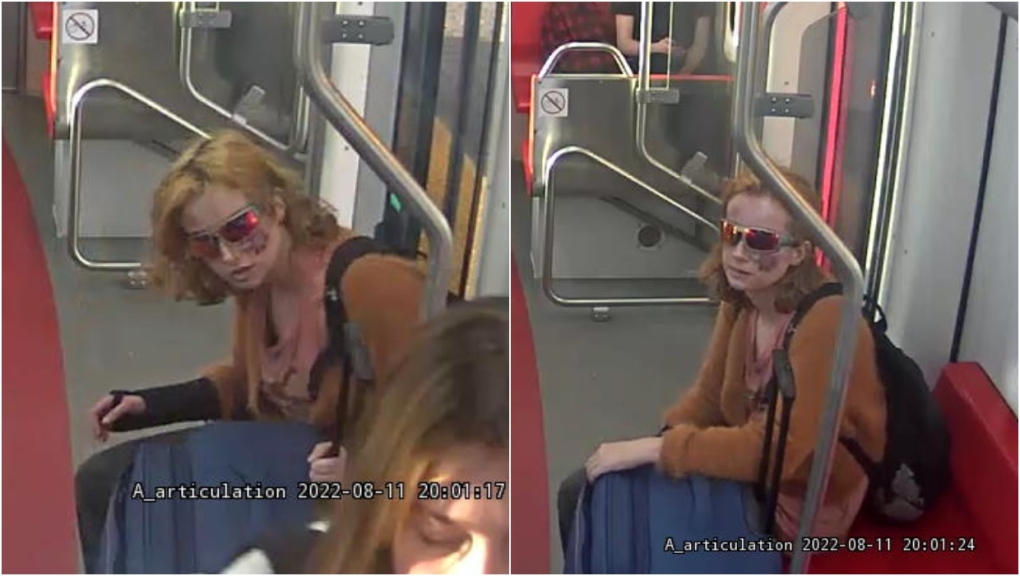 Calgary police are hoping to identify a woman believed to be involved in a hate-motivated incident involving the harassment of two 13-year-old girls on a Calgary Transit bus on Aug. 11, 2022. (Calgary Police Service)

Calgary police are working to identity a woman allegedly involved in a hate-motivated incident aboard a Calgary Transit bus earlier this month.

The victims, two 13-year-old girls, had boarded a bus travelling from the Somerset-Bridlewood CTrain station to the community of Silverado around 8:30 p.m. on Aug. 11.

Police say the girls were approached by a stranger who began "speaking aggressively" and "yelling racial slurs" at them.

"This incident was completely unprovoked and left the young victims scared and upset," Const. Matt Messenger said Wednesday in a news release.

"At this time, we believe the victims were racially targeted."

At the time, she was wearing a pink shirt, light brown sweater, dark pants and sunglasses, and was travelling with a large blue suitcase and black backpack.

"Harassment against anyone in our city will not be tolerated," Messenger said. "Every Calgarian has the right to feel safe in our city while using public transit."

Anyone with information on the identity of the suspect is asked to contact the Calgary Police Service's non-emergency line at 403-266-1234 or contact Crime Stoppers anonymously.

Victims who need additional support when coming forward to report a hate-motivated incident can reach out to the Victim Assistance Support Team (VAST), a free service offered to all victims of crime, by calling 403-428-8398 or 1-888-327-7828 (toll free).