Family of a young couple killed in a car crash near Three Hills, Alta. last week are remembering the pair as being full of life and hope.

RCMP say they were travelling north in their vehicle when it was rear-ended, causing it to cross over the centre line where it was hit by an oncoming semi-truck.

Boyce and Halford were pronounced dead at the scene.

On Wednesday, their families released a joint statement through the Calgary Police Service, describing the victims as a "young couple with the promise of a bright future."

According to the families, the pair were taking a trip to visit friends and family when the crash happened.

"They left full of excitement and anticipation for what the weekend would bring," read the statement.

Boyce was a two-year-member of the Calgary Police Service cadets.

The family says she was an intelligent young woman looking forward to starting her fourth year at the University of Calgary, pursuing a Bachelor of Arts degree in international relations. 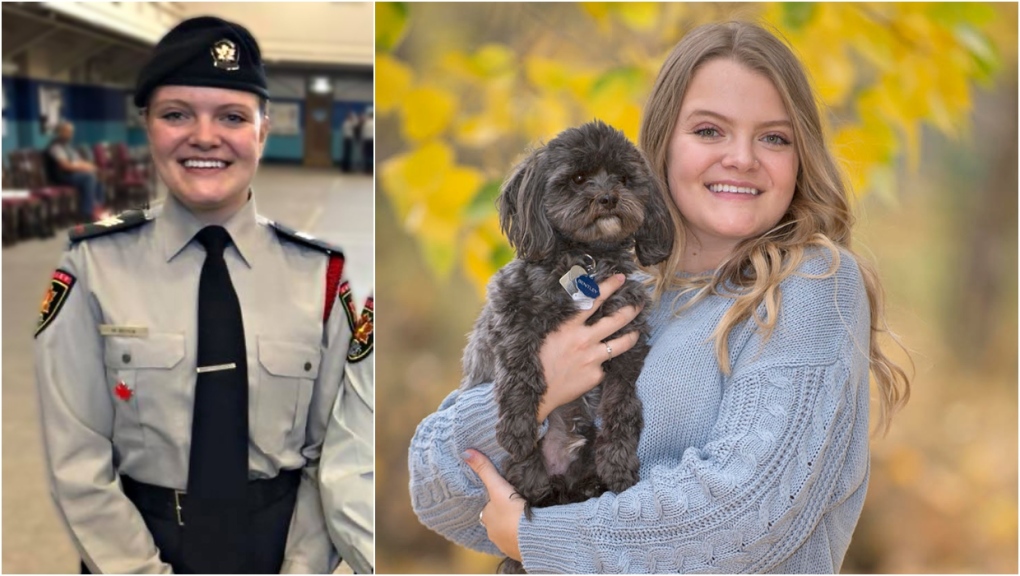 "Macy's maturity and sense of personal responsibility were due in part to her participation in Police Cadets; she aged out of the program in 2019 with the rank of Sergeant.

"An avid traveller, she sought out new places and cultures, and was making plans to go abroad to practice her French bilingualism. An advocate for women's rights, animal welfare, and social justice, Macy was known for speaking out for causes she believed in.

"Macy loved her family and friends fiercely, and always offered a hand of help to those in need. We will always cherish her generosity, courage, and bold, beautiful spirit."Halford is described as an outstanding young man and an inspiration to be around.

He was studying his third year of civil engineering at the University of Saskatchewan, and worked in civil construction the past three summers. 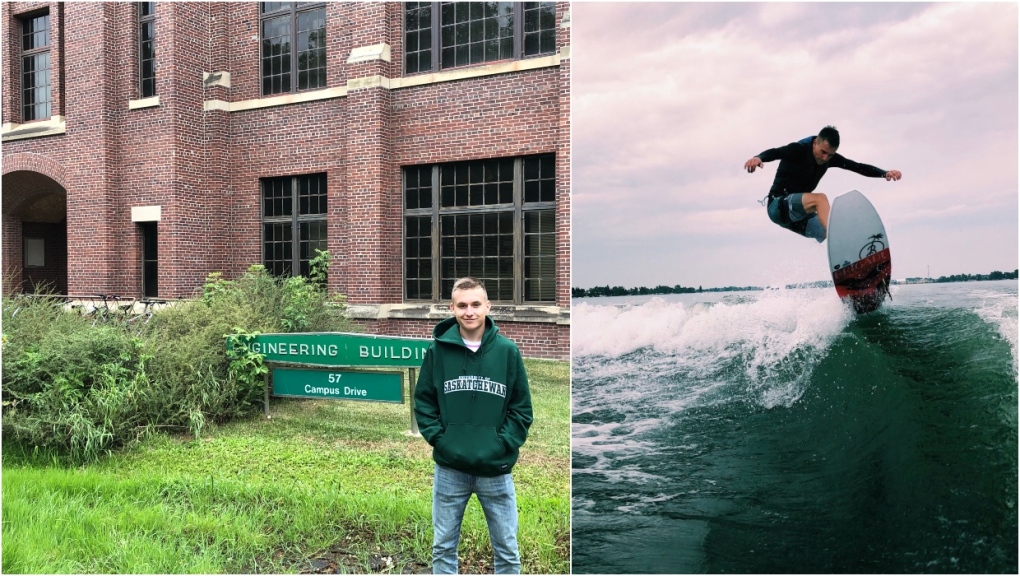 Ethan Halford, 21, died in a collision on Highway 21, just north of Trochu, on Friday, June 17, 2022. (Supplied by Family)
"He had a caring personality, calm demeanour, and inspiring athleticism,” the statement read.

"He competed at the highest level for amateur wake-surfing, and built many friendships all over the world.

Brigade Wakesurfing based in Boise, ID sponsored the Halford family providing boards and other support for competitions, recently with a podium-finish in the men's amateur world championship.

"The support of family, friends and this wakesurfing community is has made it much easier (to cope) and it's turned it into a celebration of Ethan and his life and how much he has accomplished it at such a young age," said Shawn Wright, founder of the company.

Wright said his team-member's smile was infectious, to accompany his unmatched witty energy.

"He definitely knew how to put a smile on everyone's face. You had a good feel for people. He knew when someone was hurting, he knew and someone needed it needed a talk," he said.

Wright said he's working on plans to design a unique board to pay tribute.

Gene Yamada competed on the same Calgary bowling team as Ethan Halford and his father.

In a statement to CTV news he said "Ethan's death impacted so many of our mutual friends."

He added, "He should have had an amazing future. Way too soon for him and his girlfriend to be taken away," and, "So much hurt for an aspiring young person to be taken away so needlessly."

"He had a smile that would brighten the whole room (or boat). His time here has left an impression on those that were lucky enough to have met him."

The driver that allegedly rear-ended their vehicle, 42-year-old Richard Douglas Bell of Elnora, Alta. is charged with the following offences:

CTV News has obtained Bell's history and learned he has a lengthy and violent criminal record, but none involving driving offences.

Bell is remanded in custody, and RCMP say he will make his first court appearance in Drumheller by CCTV on June 24.

"We do not and cannot know what led the accused to decide to drive in the manner he did that night. We only suffer the fallout of decisions," read the family statement.

"The consequences of the choices made have irrevocably affected our family, friends, and everyone whose lives were touched by these two beautiful young people."

The family says they take comfort in knowing Boyce and Halford "did not suffer" and "were together at the end of their too-brief lives."

"We ask the public to remember their names, and consider the consequences of impaired driving. No family should have to live through this pain, grieving for all we have been denied in the hours, days, and years to come."