LETHBRIDGE -- The woman who built a three-metre-high monolith in the southern Alberta foothills in early January said she wants to raise awareness about changes to Alberta’s coal policy.

Elizabeth Williams said she is not anti-industry or anti-coal, but is pro-democracy and believes in due process. She says her work was motivated by the Alberta government’s decision to rescind the coal policy last summer, while many people were distracted by COVID, and bad news in the United States.

“They are rapidly changing what we have access to and that just moved me,” said Williams. “So I decided I had to do something big to draw attention to this.”

On June 1, the provincial coal policy that had been in place since 1976 was rescinded by the Kenney government. The cancellation of the policy removed land zoning that restricted open pit coal mining and coal exploration in some of Alberta’s most environmentally sensitive areas.

Areas that include Alberta’s headwaters and contain habitat for a number of species at risk, including grizzly bears, caribou and trout are now being opened up for mining.

The impacted area covers 1.5 million hectares of land, including some of Alberta's most iconic scenic landscapes and outdoor recreation destinations.

“Wild spaces are where I recharge. They’re very important to me,” added Williams, who is not an artist or professional fabricator, but had time to devote to the project because she was out of work due to the pandemic.

She took a three-day women’s welding course and used her savings to build and erect the monolith, hoping it will bring attention to the threat facing the treasured landscapes. 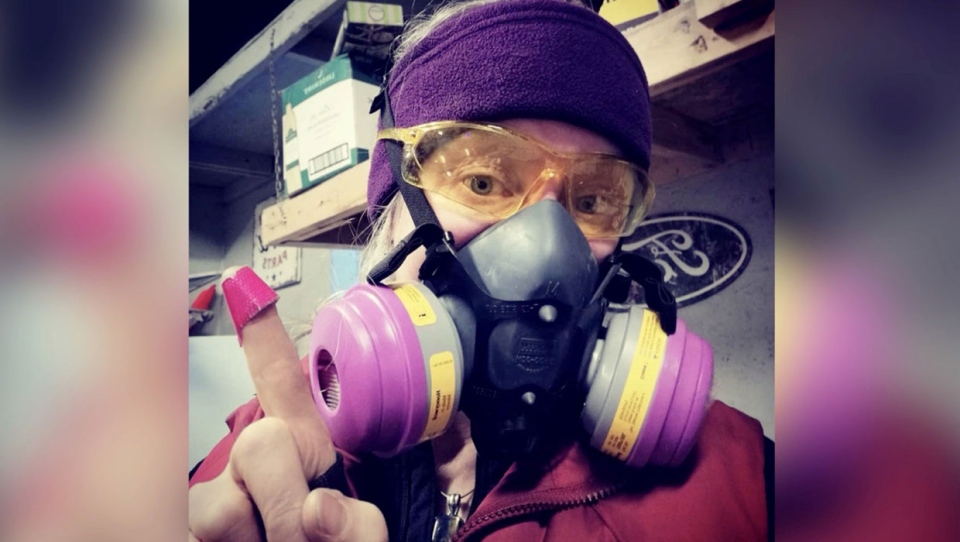 “So many people are unaware of what’s happening, and these irrevocable damages that will occur for short-term gain, in my opinion,” she said.

She decided to build the monolith to try and capitalize on the interest around monoliths that have been appearing throughout the world, but said she only recently came forward to identify herself as the creator.

“I decided to sacrifice the mystery for the message.”

The government of Alberta claims that the long-standing 1976 Coal Policy was "obsolete" and that we now have more modern land use planning in place.

However, Alberta does not yet have regional land use plans for most of the eastern slopes region.

Ranchers, hunters and fishermen have recently expressed concern about the impact open pit mining will have on the watershed. Conservation groups estimate the effects on water will be felt downstream by an estimated 1.4 million Albertans served by the North Saskatchewan watershed, and almost 270,000 people served by the headwaters of the Oldman River.

Williams said she wanted to build an uplifting, beautiful sentinel to draw attention to the treats to Alberta’s precious landscapes.

“I will admit it was really hard, and I am not a metal fabricator. This is not what I do, although I went and did it.”

Williams said the fabrication process took only a matter of days, but she spent another 100 hours finishing the stainless steel structure to a high polish, so it would reflect the surrounding landscape, watershed and sweeping prairie sky.

“That’s what we need to pay attention to,” she said. “It’s not about me, or about the monolith, it’s about the land and due process. We need to speak up for what we value.”

She said the job couldn’t have been accomplished without a great deal of help and support from other people.

“I had none of the material resources to make this possible,” Williams said. “I don’t have the shop, the tools, the land or heavy equipment to transport and erect the installation.”

She said a fabricator was generous enough to provide the keys to his shop and let her use the tools.

“He also did all the good welds. I did the ugly ones.”

She said waiting for landowner permission was a big piece of the project, since she wanted to install it on the landscape and tributaries that are being threatened.

It has been erected on a parcel of private land where Highway 22 crosses the Oldman River, not far from the Maycroft Provincial Recreational Area.

“I want to give Albertans a beautiful thing to investigate, to take photos of, to pack up your family and take a road trip, and to see those landscapes, and what’s at stake.” 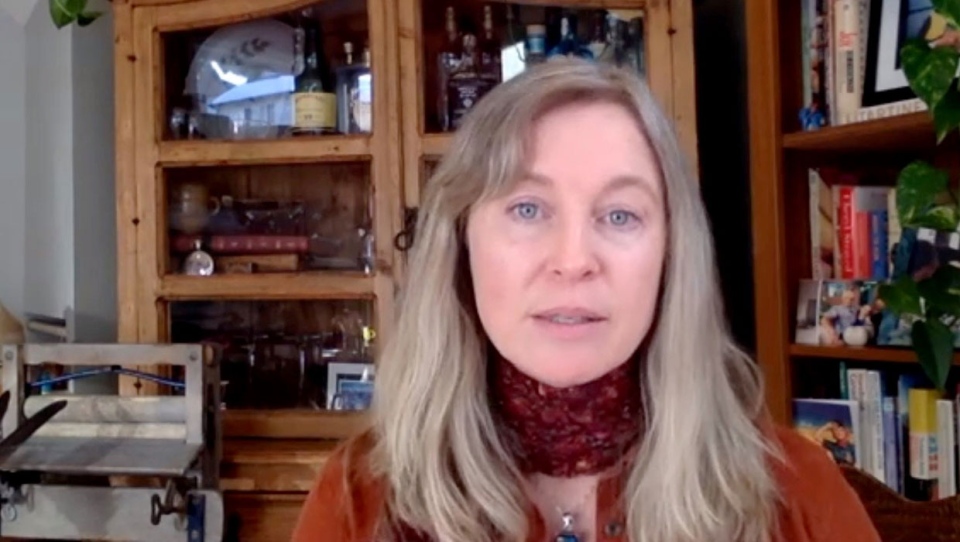 She hopes her creation will also inspire Albertans to research the issue, and if they are concerned, sign petitions and write letters to the premier, UCP government ministers and MLAs.

“If I can do this seemingly impossible task, then Albertans can take action too.”