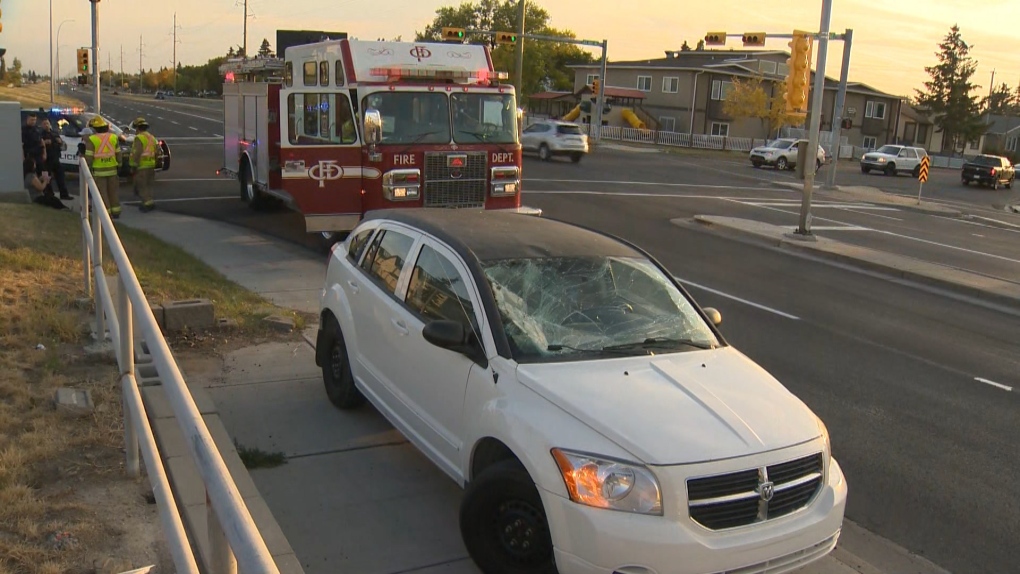 A woman and a dog inside an SUV are fine following a collision with a moose.

An SUV collided with a moose in the area of 43rd Avenue and 68th Street N.E. on Wednesday evening.

Police say a woman and a dog inside the SUV at the time of the crash are fine, but that the vehicle's windshield was badly smashed.

According to police, the moose seemed dazed and appeared to have an injured leg.

Alberta Fish and Wildlife were called in, but the moose had left the area before they arrived.

Barely a month after granting himself new powers as China's potential leader for life, Xi Jinping is facing a wave of public anger of the kind not seen for decades, sparked by his 'zero COVID' strategy that will soon enter its fourth year.

Canada is the third most generous contributor to the group, the Association internationale de cooperation medicale, a non-governmental organization that receives support from the Canada-Ukraine Foundation and the Ontario government.

Engineering a pro sports career: How an aerospace studies major joined the Raptors as a coach

The Raptors 905 coach, Eric Khoury, explains how his aerospace engineering studies led him to a career in the NBA.