Moose on the loose in west end of Calgary Monday

CALGARY -- Maybe it couldn't stand all those Instagram-happy tourists in Banff and fled. Maybe it heard Bowness Park is really nice. Or maybe it just got lost.

Whatever the cause, a moose was on the loose Monday afternoon in Bowness, where it was spotted hanging around 79th Street and 34th Avenue by Dale Belyea, who grabbed some video of the moose hanging out on the street before it slipped into someone's back yard for a nosh on a tree.

Belyea said he first spotted the moose around 11:30 a.m. Then, after wandering off, he came back around 3 p.m. and Belyea said, "now he's camped out in my neighbour's yard". He added that it's third time he's seen a moose on the loose in Bowness.

The moose appeared to be enjoying himself, and was in no hurry to leave - and Bowness residents were enjoying the visit.

"We in the neighbourhood would like him left alone," Belyea said, in an email, "so he can wander off on his own." 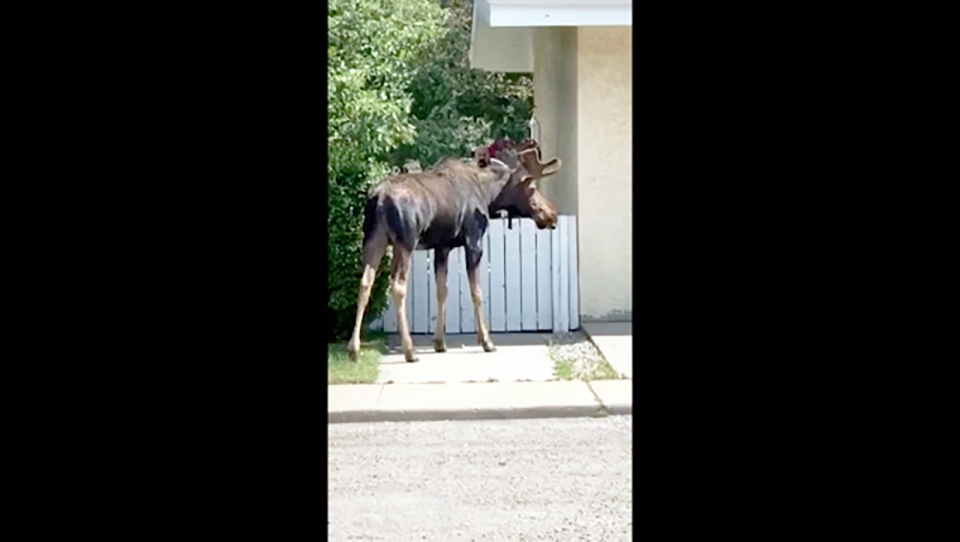