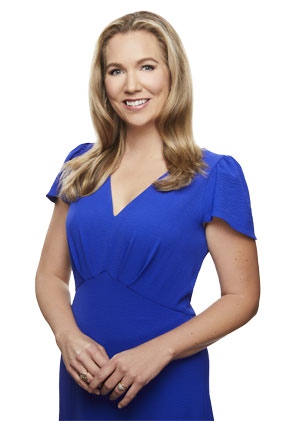 Courtney Stanfield is an English speaking reporter and anchor in Calgary, Alberta. She joined the CTV Morning Live team in 2015 as the resident traffic specialist. In addition to bringing comprehensive commute reports to Calgarians before they head out in the door, she is involved in the community and is a regular host of our locally produced "Our Community" and "Entertainment Calendar." Courtney also hosts a variety of segments on the morning show highlighting local events, entrepreneurs, charitable organizations, food, fashion, and more.

Calgary-based Courtney is originally from Winnipeg, Manitoba, and has worked in Red Deer, Thunder Bay, Saskatoon, and her hometown in various media roles prior to joining the CTV team. She enjoys the morning show format and has been working the early bird shift since 2011 when she became the host of Breakfast Television Winnipeg. Courtney has a Journalism degree from Mount Royal University. She is married to CTV Calgary Meteorologist, Kevin Stanfield. The two met at the station in 2016 and have three children and two dogs together.

Courtney is also a certified yoga instructor. You can find her on her mat several times a week.