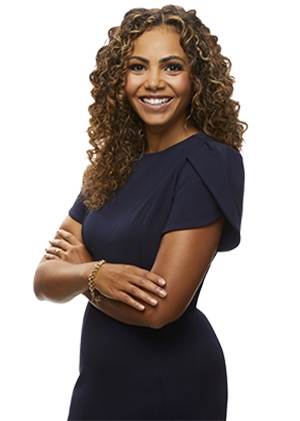 Calgary-based Joelle Tomlinson joined the CTV Morning News team in 2017 —jumping into local, national and international news coverage, interviews and local emceeing duties. She is a Jill-of-all-trades on the morning news — covering topics from the opioid epidemic, to food and fashion, to interviewing big profile names that land in Calgary. She is also the live in-studio host for the widely-watched Calgary Stampede coverage that occurs every July.

Joelle has extensive experience in morning content and live one-on-one interviews. Before CTV Calgary, she was a reporter, producer, co-host and weather specialist at Global Saskatoon Morning for four years. Prior to that, she was a reporter and photographer for the Saskatoon Express.

Joelle holds a Bachelor of Journalism from Toronto’s Ryerson University. Her work has appeared in the Saskatoon Express, Global Saskatoon, and the Huffington Post. She was also involved in Ryerson’s mentorship program, and has appeared in panels hosted by Mount Royal University in Calgary. She has spoken to students on a range of topics — from a career in journalism to more personal experiences, such as adoption, and the impact of losing her brother to accidental fentanyl overdose in 2015. She emcees numerous local events including Canada’s Top 40 under 40, the LIVERight Gala, District Ventures Demo Day, and numerous charity runs.

Joelle graduated from Ryerson University in 2012 with honours and on the Dean’s List. Joelle was named the Western Association of Broadcasting’s Leader of Tomorrow in 2017.

She speaks English and understands conversational sign language and Spanish.