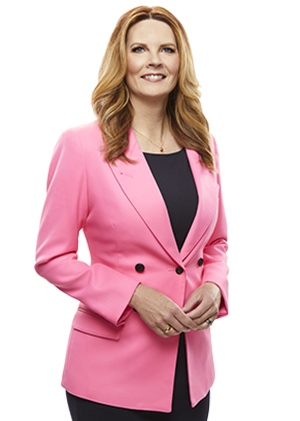 Tara Nelson joined CTV Calgary in November 2010, coming to us from London, England where she was working as a foreign correspondent.

A journalist since 1991, Tara has been a reporter, producer and anchor, covering some of Canada and the world’s most interesting events.

Over the course of her career, she has interviewed thousands of people from royals and world leaders, to astronauts and athletes. She has covered nearly two dozen federal, provincial and civic elections in several provinces and three countries.

Before becoming a foreign correspondent, Tara was a national reporter. Her time with both jobs took her to numerous hotspots around the globe, fronting some of the most significant events in recent history, from 9/11 and major California wildfires, to earthquakes in Italy and the 25th anniversary of the fall of the Berlin Wall.

She has been embedded with Canadian troops in Afghanistan, covered Team Canada at the 2006 Olympic Games in Turino and introduced the world to a South Africa proudly showing off its growth at the 2010 World Cup in Johannesburg.

Tara was also well known as the back up anchor and weekend anchor for Global National with Kevin Newman from 2001 to 2008.

Calgary-based Tara is proudly connected to several Calgary organizations. She is a devoted volunteer at the Calgary Humane Society.

She is also humbled to help Discovery House, a second stage shelter for women and children fleeing domestic violence and the Calgary Women’s Emergency Shelter.

Tara also volunteers with Habitat for Humanity strapping on her tool belt every year during Women Build.

In her spare time, Tara and her husband love to travel and eat good food (cooked by someone else!). They share their home with a very bossy, but very cute Wheaten Terrier.

Tara holds an honours diploma from NAIT and speaks English.