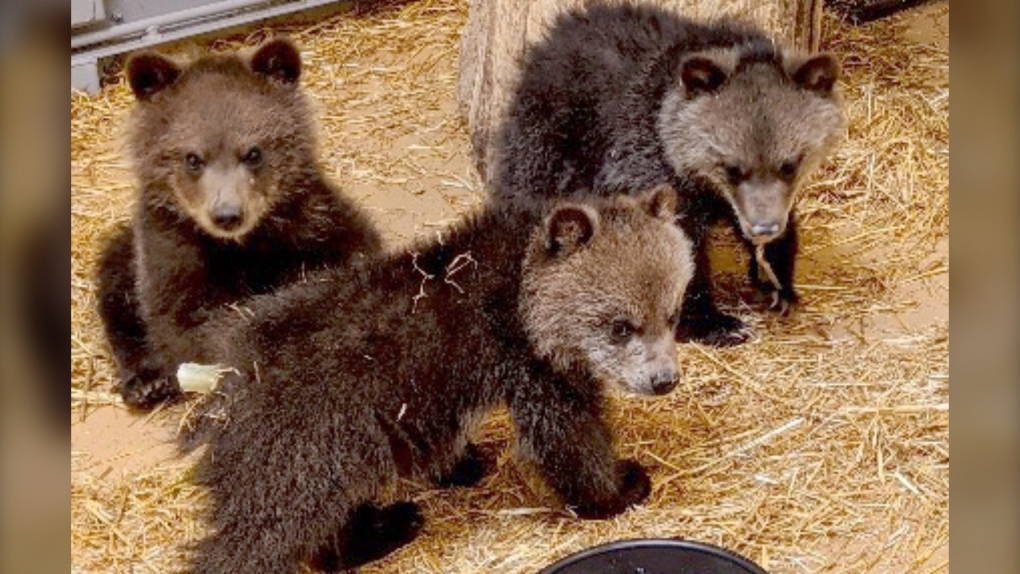 CALGARY -- The mother of three grizzly cubs brought to the Calgary Zoo this week was shot and killed by a group of hunters after charging at them in the Porcupine Hills area of southern Alberta, officials said Friday.

The incident happened April 26 and the cubs were brought to the zoo earlier this week.

Porcupine Hills is a popular wilderness area about 150 kilometres southwest of Calgary.

"The bear spotted the hunters when they were 50 yards away, and charged, closing distance in an aggressive manner," a spokesperson with the ministry of justice and solicitor general said in an emailed statement.

"One of the hunters shot at the bear from about 20 yards as she continued to charge toward them. A second shot was fired killing the bear at a very close distance to the hunters."

A "thorough review" was conducted by Alberta Fish and Wildlife officers and evidence at the scene confirmed the hunters' account, read the statement.

"Their actions prevented serious injury to the individuals involved," it read.

Three grizzly cubs, believed to be about three to four months old, were later captured and brought to the Calgary Zoo, where they will remain until a suitable home – most likely at a zoo somewhere in North America – can be found.