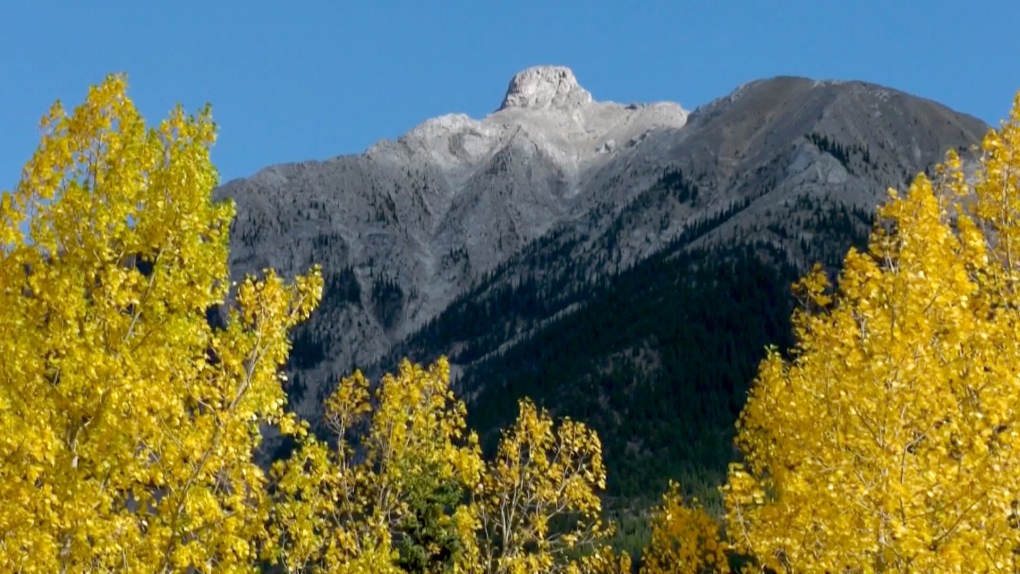 A mountain feature near Canmore, Alta. will now be known as Bald Eagle Peak.

CALGARY -- A renaming ceremony was held near Canmore this week for a prominent landmark in the Rocky Mountains.

A mountain feature had been known unofficially for the last century by a name that was both racist and defamatory toward women, even showing up in some guide books and on some maps.

Located near the summit of Mount Charles Stewart, the feature will now be known as Bald Eagle Peak and can be seen from the Trans-Canada Highway.

"We as First Nations, especially in my tribe, do not name mountains after a person because we are not worthy," said Buddy Wesley with the Chiniki First Nation.

"Look at (the mountains), they are majestic, they are sacred."

Parks Canada also announced earlier this month it is changing the name of another landmark near Banff, however Indigenous groups are still working on finding a new name for that mountain.