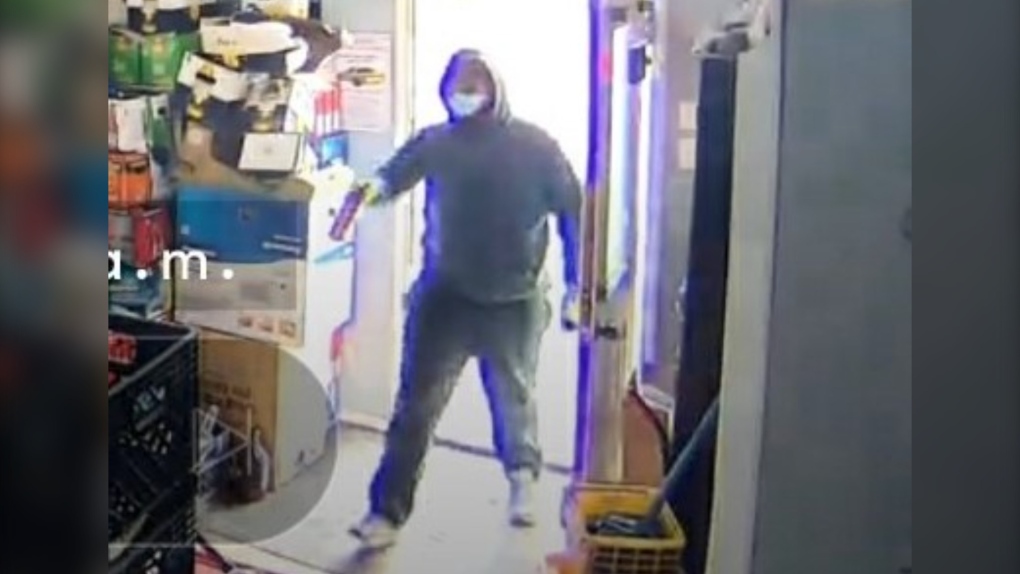 Surveillance photos showing what RCMP believe is a suspect that robbed a business in Cremona, Alta., on Saturday, Oct. 2, 2021 (RCMP).
CALGARY -

The search for a male suspect that robbed a business in southern Alberta on Saturday morning continues.

Mounties say an unknown male with bear spray and a knife entered a business in Cremona, Alta., after 10 a.m. and demanded money from an employee.

According to police, the male fled in what is believed to be a black, older model Ford F-150 without a licence plate. Surveillance last spotted the vehicle northbound on Highway 22.

The suspect is described by police as a male with an average build, medium complexion, and is approximately 6’1” (1.8 metres) tall. He was last seen in a dark hoodie, ball cap, sunglasses, gloves, and a bandana covering their face.

Cremona is a village in southern Alberta located north of Cochrane and along the Cowboy Trail. It is about 78 kilometres northwest of Calgary.