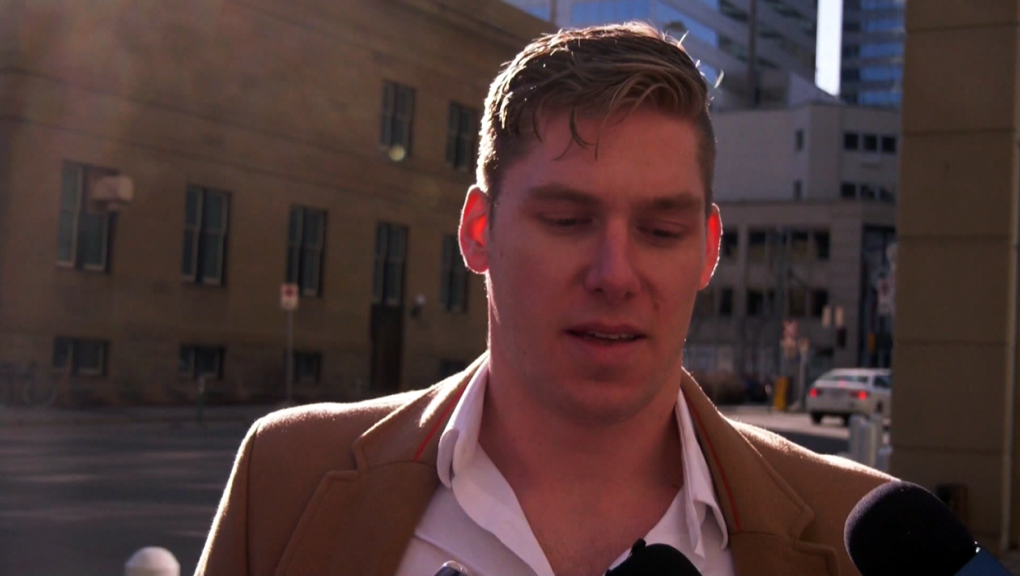 The Supreme Court of Canada has restored the acquittal of a Calgary man who consumed psilocybin — better known as magic mushrooms — before attacking a woman in her southwest home, and also ruled the law cannot bar the defence of extreme intoxication for violent offences.

A naked Matthew Brown broke into Janet Hamnett’s home in the early morning hours of Jan. 13, 2018, after consuming illegal, psychedelic drugs and alcohol.

On Friday, the Supreme Court (SCC) delivered its decision to end Brown's criminal case in acquittal, also ruling "automatism," or a state of extreme intoxication, is an available, Charter-protected a defence for some crimes.

Hamnett, a professor at Mount Royal University with no prior connection to Brown, said in a statement to CTV News, "I am very disappointed with this decision, it is not about me at this stage."

"The Supreme Court basically said it's allowable to attack, hurt, and even kill someone, if the perpetrator is out of control due to drugs or alcohol that were most likely ingested intentionally and willingly," she said.

Hamnett added the decision offers no protection for innocent victims in favour of the assailants.

"Where is the justice in that? This opens a terrifying flood gate... and I fear for future victims," she said.

There is no civil case being brought against Brown.

Some legal experts say they too believe the decision will have a further impact on violent crimes involving drugs.

"The bottom line is that extreme intoxication is going to be a defence for certain offenses that it wasn't a defence for before. Such as manslaughter, assault and sexual assault," said Lisa Silver, an associate professor in the faculty of law at University of Calgary.

Silver adds the defence is meant to be used in extreme and rare cases when it can be proven "that a person is not even capable of forming the mental element required to commit the crime," and has lost choice or control over their actions.

The defense will not apply to impaired driving offences.

Silver said if lawmakers do that, they should also include take into account addiction issues as substances can be consumed involuntarily.

An organization called LEAF: Women's Legal Action and Education Fund, acted as an intervener in this case and said it was encouraged the SCC decision highlighted women's rights.

"What we see too often is that the criminal justice system fails survivors, particularly survivors of sexual violence, but really all forms of violence," said Kat Owens, a member of the legal team with LEAF.

"It's really important beyond thinking about what to add to the criminal code to think about how do we make this system work for people."

Owens says it is more important for the criminal justice system and the actors within it to fully understand this defence and carry out justice for women and girls.

Sean Fagan, the criminal defence lawyer representing Brown, told CTV News both he and his client were pleased with the ruling.

"He still extends his apologies and remorse to the complainant in this matter, as he did at trial," said Fagan.

Fagan adds the decision will not "open the floodgates to intoxication defences" as the legal bar to prove they lost intent and control is very high.

"It doesn't change the fact that general levels of intoxication are not and have never been a defense to violent offences," said Fagan.

"This case dealt solely with the narrow window of extreme intoxication, basically, drug induced psychosis. Most individuals will have never even seen, let alone achieved a level of intoxication that is required for this defense, even at the most unruly of frat parties or NHL games."