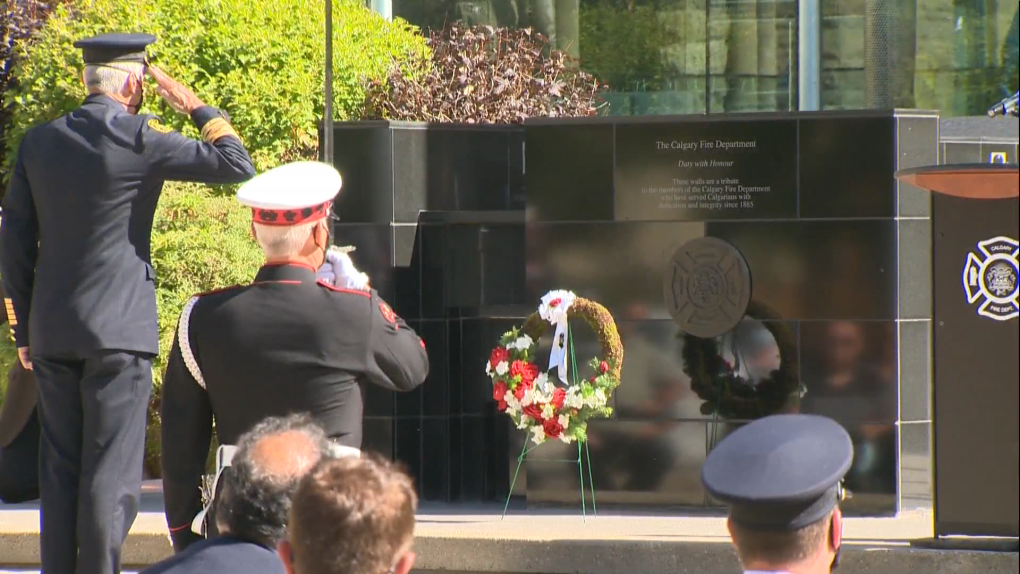 A service is held in Calgary to commemorate the city's fallen firefighters. (CTV Calgary)
CALGARY -

Four names were added to a list of Calgary's fallen firefighters at an annual memorial service held outside city hall on Tuesday.

Their names are now etched on plaques displayed on a three-storey monument at the Calgary's Police Officers and Firefighters Tribute Plaza.

Tuesday's hour-long service paid tribute to 58 Calgary firefighters lost in the line of duty -- nine of whom died during active firefighting and 49 who passed from illnesses related to firefighting.

"We hope that the families gathered here can take comfort knowing that their loved ones made a valuable contribution that will be honoured for generations to come," master of ceremonies Capt. Mary Fischer said Tuesday.

"These members made the ultimate sacrifice while fulfilling their promise to the citizens of Calgary to respond to emergencies and to dedicate their lives to the protection of their community and their colleagues in the fire service."

Calgary Mayor Naheed Nenshi said that while it seems like a cliché to say firefighters run toward the danger that most people run from, it is, in fact, true.

"That day when someone makes that phone call to 911 is the worst day of their life," Nenshi said. "The fact that we live in a place where brave women and men come together, risking their own health and safety to be able to help, is something that I value beyond measure." 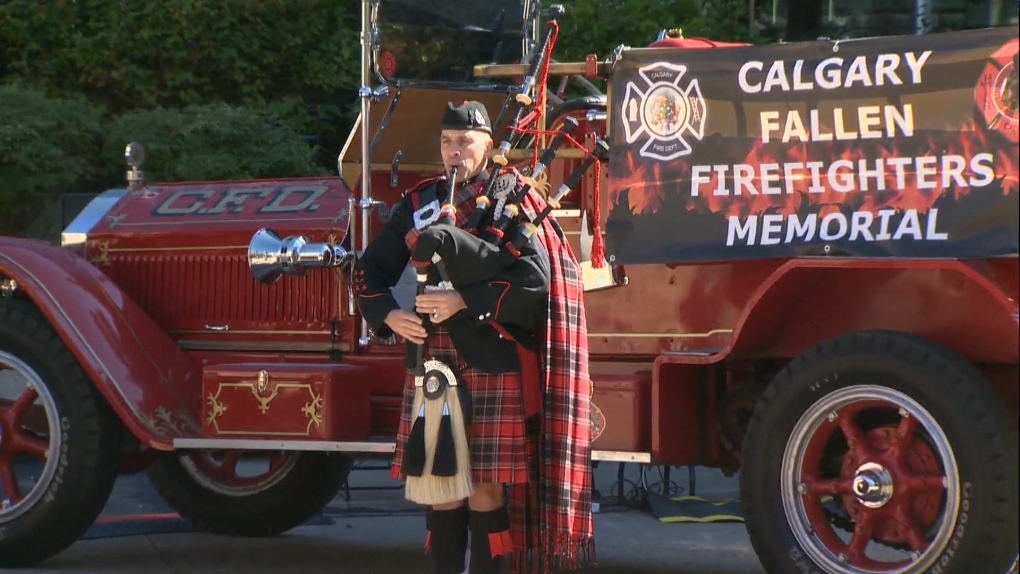 A service is held in Calgary to commemorate the city's fallen firefighters. (CTV Calgary)

The sentiment is one that Calgary Fire Department Chief Steve Dongworth echoed in his speech.

"Every day, firefighters put on their gear and demonstrate a willingness to go in harm's way to help strangers," Dongworth said. "They do that with pride, professionalism, teamwork and respect."

"Each shift, we go into dangerous and potentially life-threatening situations with physical and emotional tolls."

Dongworth noted he was grateful Calgary has had a lower COVID-19 infection rate amongst its firefighters than in many other cities.

"But I'm also acutely aware that in other cities across North America we've lost hundreds of our fellow firefighters to this terrible disease. The risk weighs heavily on all firefighters."

Dongworth said Skakum, Doherty, Thompson and Taylor were "people who loved and were loved."

"They honourably served their fellow citizens and dedicated their careers to helping others," he said.

In recognition of the memorial service, fire stations across Calgary lowered their flags on Tuesday from sunrise to sunset.

"These members made the ultimate sacrifice while fulfilling their promise to the citizens of Calgary to respond to emergencies and to dedicate their lives to the protection of their community and their colleagues in the fire service."

A woman has been killed and a man injured Thursday after they were shot by a prop firearm at a movie set outside Santa Fe, authorities said.