CALGARY -- ‘No tickee, no laundry, Yellow peril and White Imperialist’ are just some of the names of some Bow Valley climbing walls near Canmore that are provoking controversy.

Some members of the Bow Valley climbing community believe it's time to take a serious look at the racialized meaning behind some of the names, and to begin a conversation about renaming a few.

“It definitely deserves looking at, possibly altering the names or changing them,” said Evan Hau, an experienced climber.

Hau is the first Canadian to ever ascend a 5.15 grade, which entails strenuous activity, which is technical and vertical.

It's a grade for the most expert of climbers.

He says that ‘No tickee, no laundry’ located in the Grassi Lakes area, is one name he’s quite offended by.

“It’s kind of a phrase used to degrade and ridicule Chinese people who may have run laundromats and possibly had difficulty with the English language,” said Hau.

“I don’t think this is really about any individual necessarily as much as names marginalizing an entire group," he added.

Hau says he spoke with the original developer of White Imperialist and Yellow Peril, Joe Buszowski. 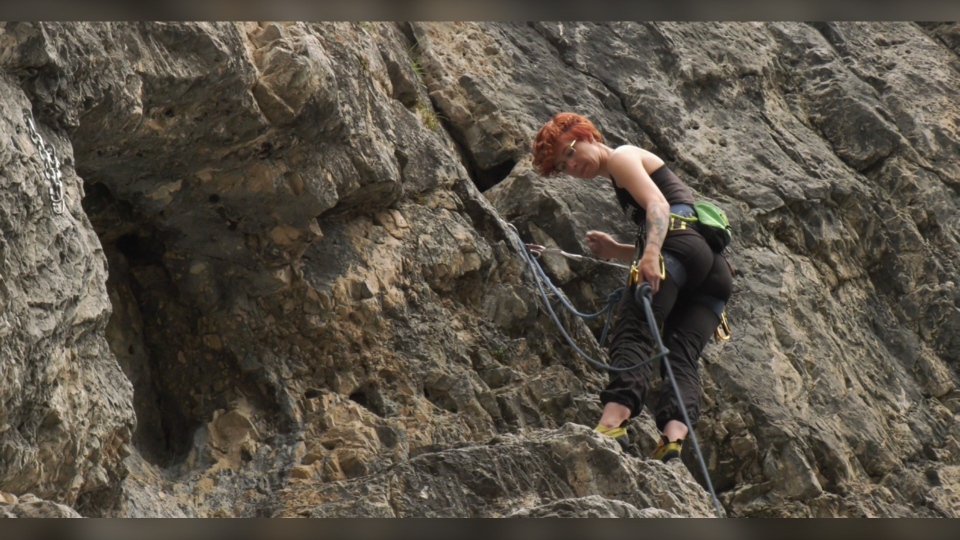 Buszowski's original intent, Hau said, of using racist language to name the climbs was “a call out to overt racism of (the name) Chinaman’s Peak at the time.”

Buszowki, he added, would be ‘fine’ with a rename “as long as it reflects the original intent.”

Hau said that there  has also  been some passionate calls to leave the names as is.

Erasing history or correcting it?

“The argument against changing names, is that we’re erasing history and we’re erasing the ability to learn from past mistakes,” he said.

Although there is no governing body that controls the names, Hau believes changes could be made.

“Someone proposes a name initially, usually the route developer or first ascent, and then that just goes to the guidebook author,” said Hau.

“There’s no discussion, and the guidebook author is like ‘okay thats the name’.”