CALGARY -- A fencing club in southwest Calgary, a city better-known for its winter sports, has become an unlikely training hub for many of Canada's national team members.

Alanna Goldie has been around fencing for as long as she can remember.  Her father Brad was a competitor, a referee and the president of Canadian Fencing.

She also has siblings who have fenced.

Alanna took up the sport when she was eight years old.  She says she likes it so much because it’s not just a physical sport - you also have to rely on your mind.

“People have compared it to physical chess.  You’re trying to figure out your opponent and there’s an added layer of 'how can I solve this problem?" she told CTV. 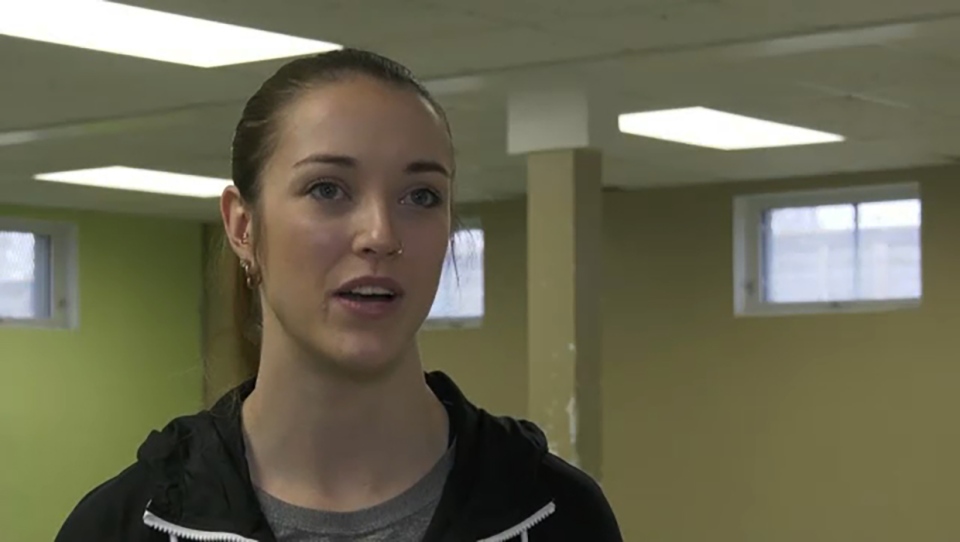 “I always liked puzzles, so it was like how can I figure out this puzzle - and then that equals points, which equals winning, which is a bonus.”

Goldie was figuring it out very well.  She competes in the women’s foil and was moving up in the fencing world.

Goldie and her team qualified for the 2020 summer Olympics In Tokyo, Japan.

But the games were postponed because of the COVID-19 pandemic.  Goldie said it was a tough day when she found out she wouldn’t be going to Japan.

“It was kind of a roller coaster," she said, "because we had this goal for four years and (Devoted) our whole entire lives to go as a team to the Olympics - and then it was gone.

"It took a lot of self-reflection and thinking now what?" she added. "What are we going to do?"

What they decided to do was to get better as a team. But in order to do that they had to find a place for everyone to train.  That place ended up being the Gladiator Fencing Club in the community of Patterson Heights in Southwest Calgary.

Kelleigh Ryan has been a member of the Canadian National Fencing team since 2008.

Her husband Brad Martin is a coach.  They were living and training in New Jersey  when the pandemic hit. They didn’t feel safe in the United States so they moved back to Canada and eventually settled in Calgary.  Ryan said other members of the national team have followed as well.

“One of our male teammates who qualified on the men’s foil team lives in Vancouver and he needed more training partners so he’s been coming here.  We have girls coming over from Toronto and New Brunswick - everyone just seems to want to be with us (at the Gladiator Club), which is kind of cool,” she laughed.

For Martin, training at the Gladiator Fencing Club is actually a literal homecoming: he grew up in Calgary and said having the team train together can only make them stronger.

Martin said he likes Canada’s chances whenever the games do take place.

“The Canadian women’s foil team, which Kelleigh and Alanna are part of, is one of the top teams in the world,” he said. 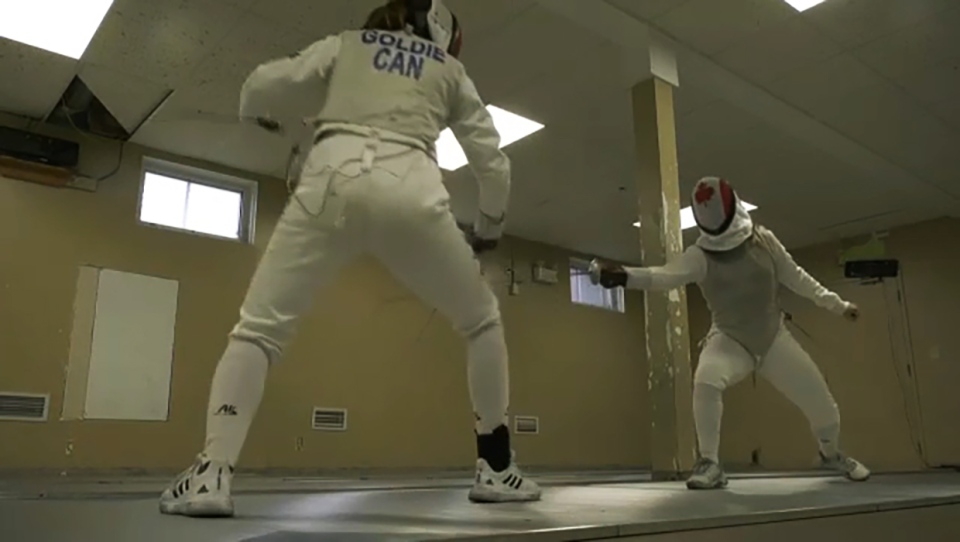 “They’re ranked sixth in the world and I think this is a unique opportunity for them  to train a little bit harder.  And we look forward to having a chance to medal in Tokyo.”

At one time fencing was a big sport in Calgary and now it’s seeing a resurgence thanks to manynNational team members training in the city.

Goldie said she’s proud of how they came together.

“I think we’ve done a great job of coming together as a community to figure out how us as Canadian fencers train for the Olympics and we’ve found a spot here in Calgary,” she said.

“It may be a little rustic," she said, "and it’s in the basement of a community centre but it’s home and we’ve made it the best.”

Goldie said registration numbers are up at the Gladiator Club.  New people are trying the sport and it’s also a safe thing to do during the pandemic.

When fencing you wear a mask and with an epee, foil or sabre in your hand, you have no choice but to social distance.