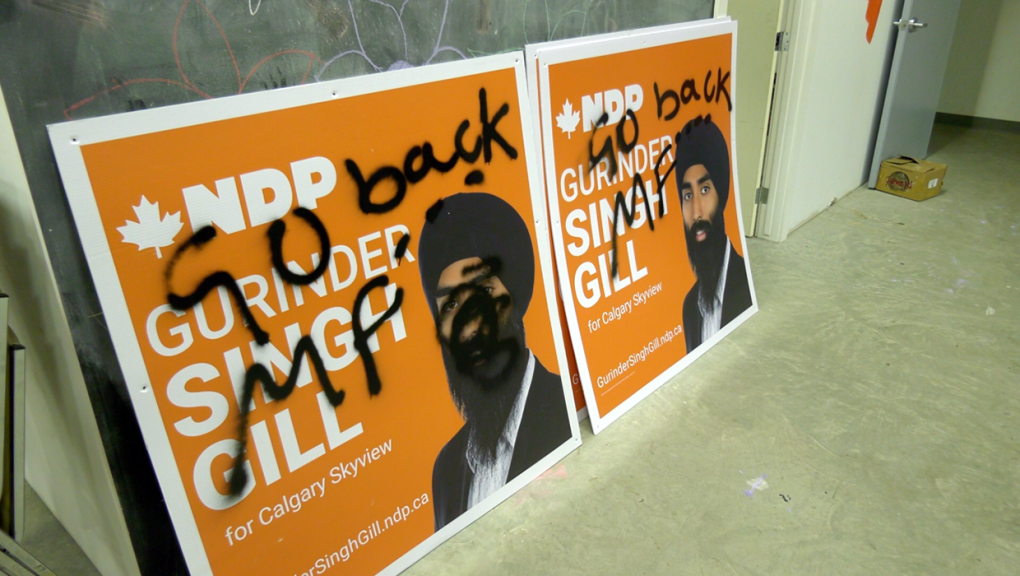 NDP candidate Gurinder Singh Gill says he is grateful for the support of community members after several of his campaign signs were vandalized earlier this week.

His volunteers collected up to six signs that were marked with spray paint.

“It was unfortunate, pretty hurtful. It’s not about me or the perpetuator it's about the events that have been unfolding recently," said Singh Gill.

The community has been helpful and he is grateful for their support.

“The amount of love and support from individuals, people stopping by and saying we are with you. It keeps you going and we are focusing on having a positive campaign.”

The campaign managers are still deciding if police will be notified.