Farmers in the province say while the heat warning over much of southern Alberta is concerning, it’s nowhere near as bad as last summer’s heat dome.

This year’s crops came at a high price after last year’s drought.

“This is the most expensive crop we’ve planted on the Canadian Prairies and, you know, we really needed a rebound year,” said Chitwood, who is also the vice-chair of the Alberta Canola Producers Commission.

Chitwood said the extreme heat in parts of southern Alberta is causing crops to rapidly grow, bringing harvest on faster this year.

He said since farmers in the Calgary area got lots of moisture early in the season, the heat now is less of a blow.

“We’ll try and manage our risk and exposure, but it’s really nice to have a year where, you know, in the face of the high costs that we had, being able to look at a fall where we have relatively high prices and a good crop,” he told CTV News. 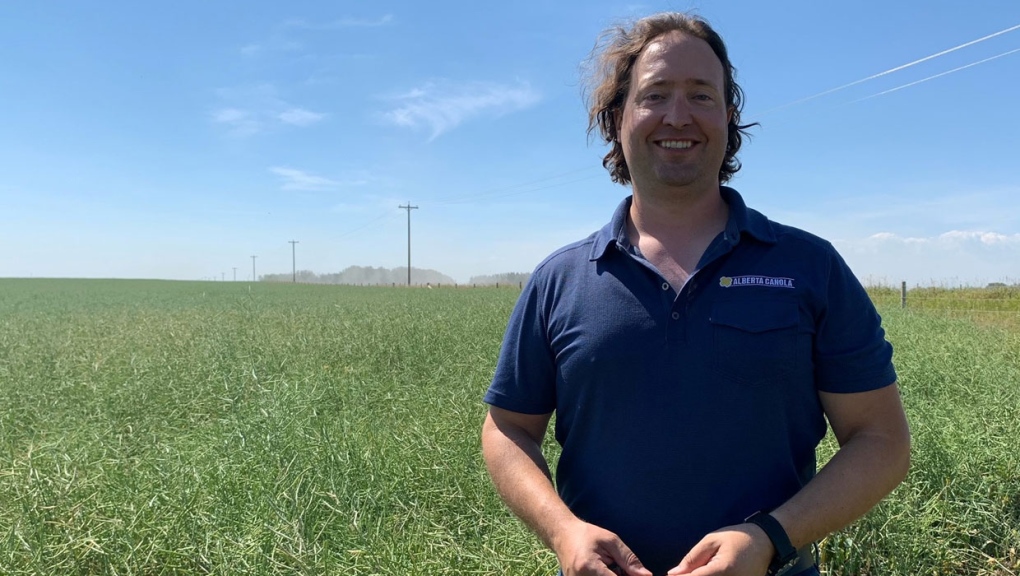 Chitwood said his crops are past the point of needing rain, but other farmers might not be so lucky.

“Those crops that are still in the green filling stage and are still looking to mature and still developing that yield, this heat can be impactful to that,” said Jeremy Boychyn, agronomy research extension specialist with the Alberta Wheat and Barley Commissions.

“As we get further away from that time, closer to harvest time, it’s going to have less and less of an impact on that yield.”

Ralph Wright with the Alberta Climate Information Service says it’s seeing a trend towards drier conditions over the last 30 days in about half of southern Alberta, with temperatures near or in the 30 C range.

“It is on the high side of, you know, what we’ve been seeing, but it is certainly not in the exceptional record type territory that we saw in 2021,” he said.

However, Wright said the effect it will have on crops has yet to be seen.

“All in all, things are looking pretty good, but the season’s not over yet,” he said.

“There’s a lot of eyes on this situation and it’s tracked very closely.”

Mackenzie Blyth, press secretary to Alberta’s Minister of Agriculture, Forestry, and Rural Economic Development, said the ministry monitors agricultural weather impacts closely and is in regular contact with those in the farming and ranching communities.

It also puts out the Alberta Crop Report during the growing season with up-to-date information on crop progress and harvest.

“We are aware producers have experienced weather-related crop losses this growing season. Farmers face a variety of challenges every year, and the past few growing seasons are no exception,” Blyth said.

“We continue to support our producers through business risk management programs as the sector continues to contribute to Alberta’s economic recovery, growth and diversification.”

Jacob Hoggard is being sued by the Ontario woman he is convicted of sexually assaulting, Tim Hortons and Scotiabank both say they won't sponsor Hockey Canada this season, and food banks are feeling the crunch due to a lack of food donations and high inflation. Here's what you need to know to start your day.