Neighbours call for changes to fencing after calf moose impaled, killed near Calgary

**WARNING: Story includes image of the moose impaled on the fence**

Some residents of the Watermark neighbourhood just outside Calgary city limits say it's time for a change to the community's fences after a gruesome injury to a moose calf ended in its death last week.

The six-month-old bull moose was impaled on a spiked metal fence and later put down by Fish and Wildlife officers.

The steel fences, which are found surrounding the development and many backyards, have a decorative point and range between 1.2 and 1.5 metres (four to five feet) tall. 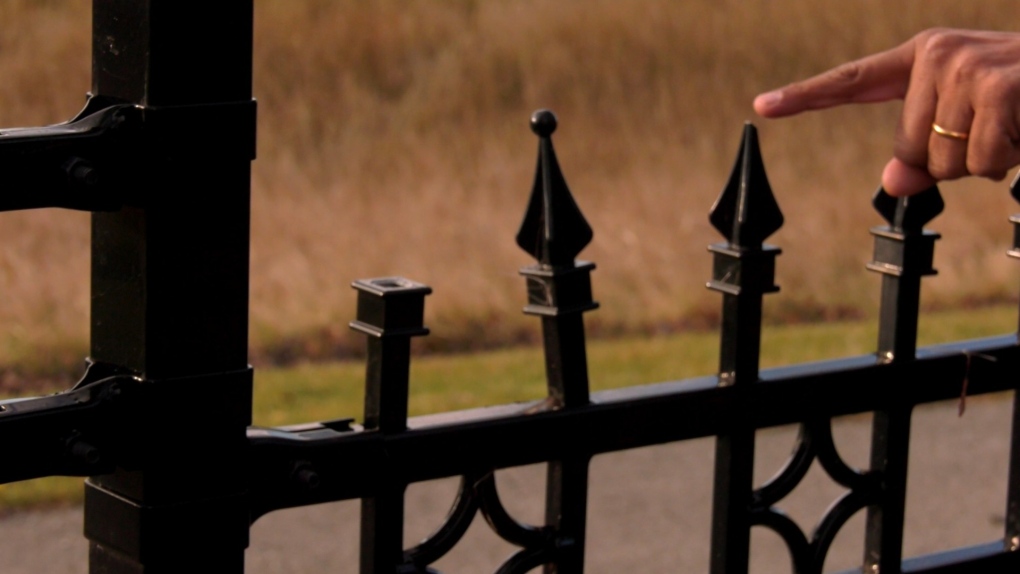 An online petition calling on the developer and homeowner association to change the fencing had nearly 4,000 signatures as of Tuesday.

In a statement, a representative of MacDonald Development Ltd said the company and homeowners association are meeting this week to discuss possible changes to the fencing. Any potential changes are complicated by restrictive agreements on the widespread use of the design feature as well as a mix of ownership in the area.

Much of the fencing is on common property while in other places it falls on private lots. Critics say the privately owned lengths of fence were mandated by the developer and should remain their responsibility.

Alberta Fish and Wildlife officials say the Oct. 20 incident with the moose calf is the only reported fence entanglement call it has received in recent years in the Calgary area.

Neighbours and the developer say there have been others, though it is possible some injuries go unreported or wildlife were hurt by something else and their injuries mistaken for a fence-related wound. 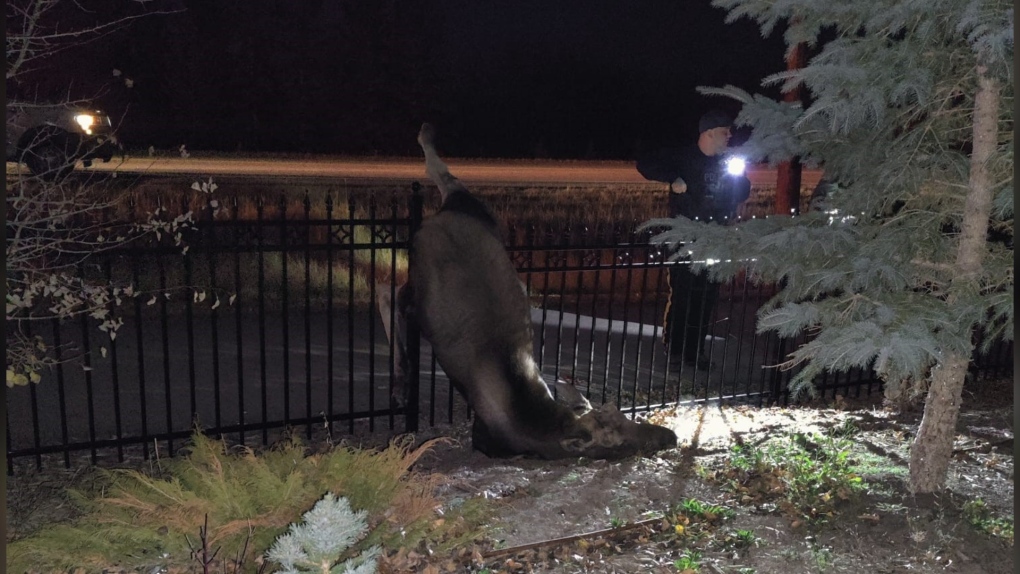 A moose impaled on a spiked metal fence in the community of Watermark, outside Calgary. (image: Sameer Sheth)