Nenshi rolls up sleeve for a flu shot, recommends others do the same 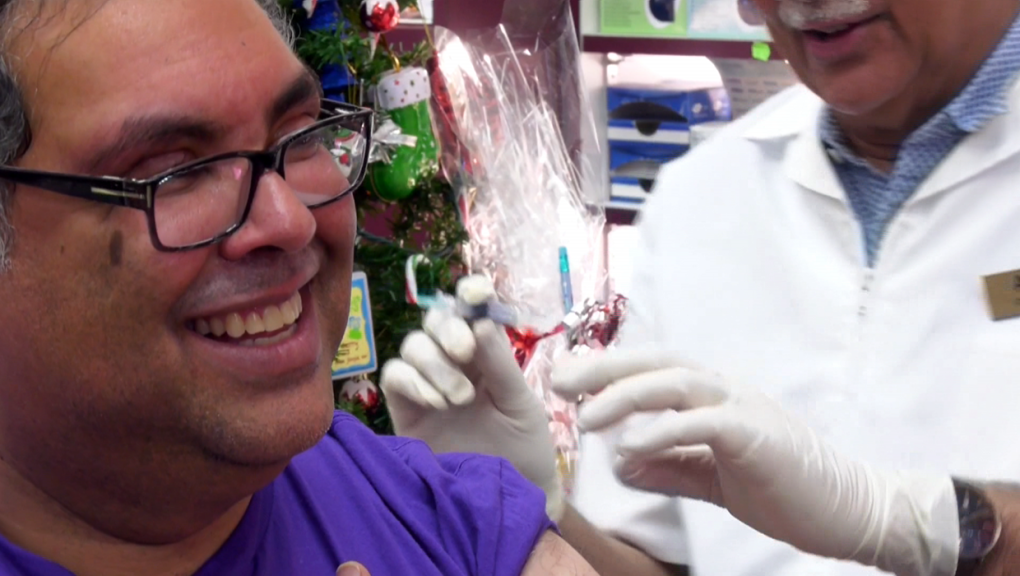 CALGARY -- Calgary Mayor Nenshi took the opportunity to protect himself and those around him from illness by getting his annual flu shot Wednesday.

Nenshi acknowledged he missed the kickoff to flu shot season by six weeks or so.

"I’m a little late getting my flu shot this year," said Nenshi, at Corner Drugs in downtown Calgary, where he took the needle with a smile.

That smile was intended to send out the same message provincial Health Minister Tyler Shandro delivered when he got his flu shot back in October.

"It's safe," Shandro said. "It's easy, it helps protect you from the flu. It helps you avoid giving the flu to someone else in your community or your home such as the elderly, people with serious risk or compromised immune systems."

"I want to encourage everyone to do it, especially if you spend a lot of time with other people, it's important not just for your own health but for everybody’s health," said Nenshi, echoing Shandro's message.

Alberta Health Services announced last week the worst of the flu season has yet to hit Calgary.

The AHS recommends everyone six months and older get a flu shot, which are free of charge for anyone who lives, works or goes to school in Alberta.

The highest-risk individuals, according to the AHS, are those with heallth problems such as diabetes, heart or lung problems or a weak immune system, people who live in care facilities, people over 65, children under five, pregnant women and Indigenous people.

Children under nine receiving their flu shot for the first time should get two doses, at least four weeks apart. Everyone else just needs one.

You can get your flu shot for free at most pharmacies or any AHS clinic.