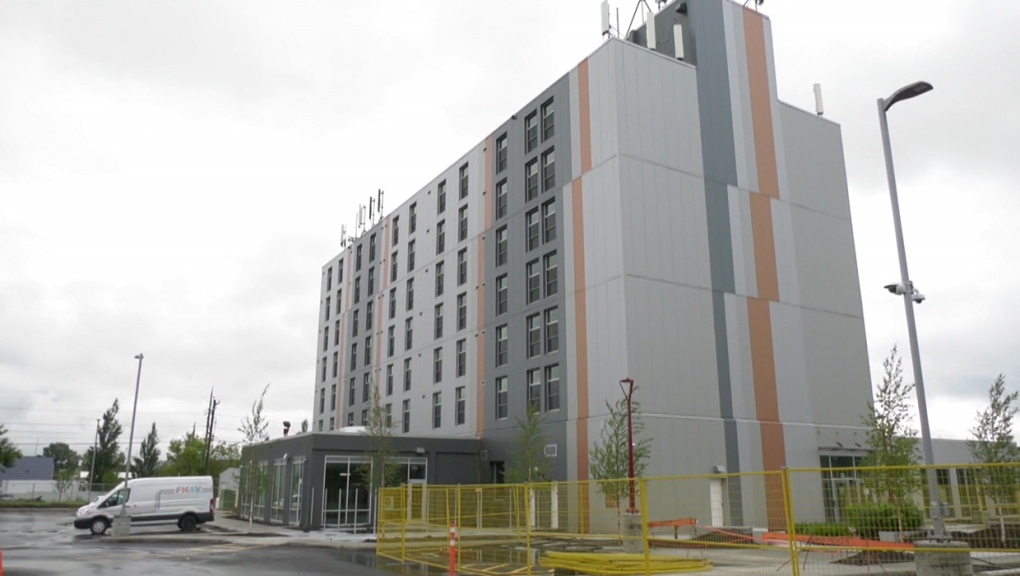 Renovations have been completed at a former northeast Calgary hotel that has been transformed into the Drop-In Centre's third affordable housing building.

On Tuesday, dignitaries toured the Centre 4800 facility, near the intersection of Edmonton Trail and McKnight Boulevard N.E., that will offer 79 units to people in need of a place to call their own.

"We're really looking for people with disabilities, people with low income, low income seniors as well as working poor, people who their biggest barrier is often financial," said Sandra Clarkson, executive director of Calgary Drop-In Centre. "We're happy to be able to provide an opportunity for them to have a place to call home."

The federal government, through the National Housing Co-Investment Fund, contributed $8.78 million to the renovation project.

"(The National Housing Co-Investment Fund) is a $55 billion investment ensuring that Canadians have a place to live and build their lives from," explained Kent Hehr, MP for Calgary Centre. "We're already making investments in Calgary, but this will creative 100,000 new units across Canada and it will reduce homelessness by 50 per cent."

Clarkson says the creation of Centre 4800 has been the result of a long journey, a labour of love, in the ongoing effort to end chronic homelessness, and the impact on the residents will be life altering.

The building will offer studio, one bedroom and two bedroom units, all of which will be self-contained and complete with a kitchen. Residents will have access to a 24-hour concierge service and several of the units are accessible.

With files from CTV's Chad Tweten