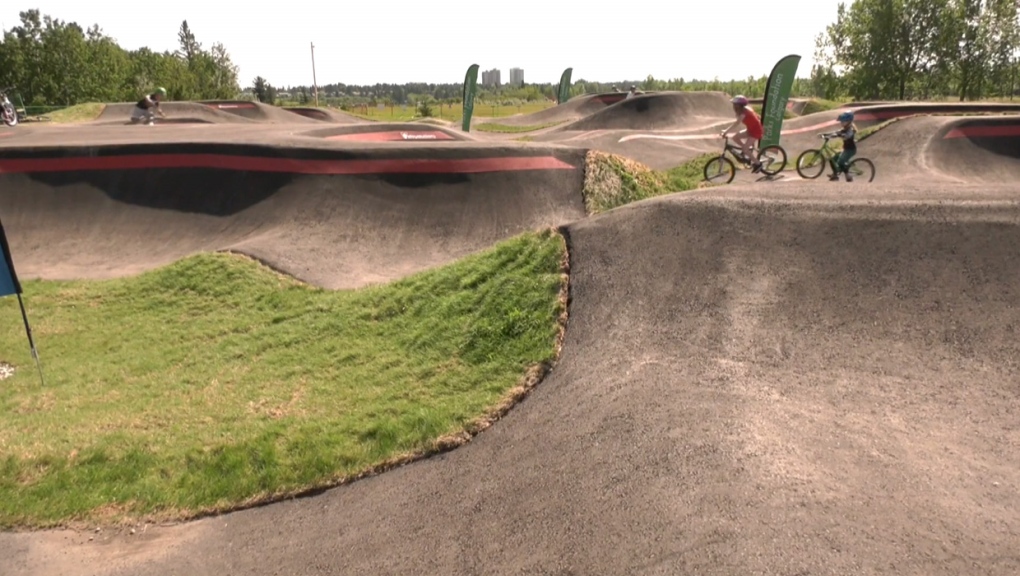 CALGARY -- Cyclists have a new place to practice their skills as a new asphalt circuit opened Saturday near the Glenmore Reservoir.

The South Glenmore Bicycle Pump Track is located in South Glenmore Park along 90th Avenue S.W., north of the community of Oakridge and west of the splash park, with access from the Elbow River Pathway.

The asphalt circuit — designed for beginners and advanced cyclists of all ages — consists of numerous bumps and turns designed to propel bikes without a need for constant pedalling. 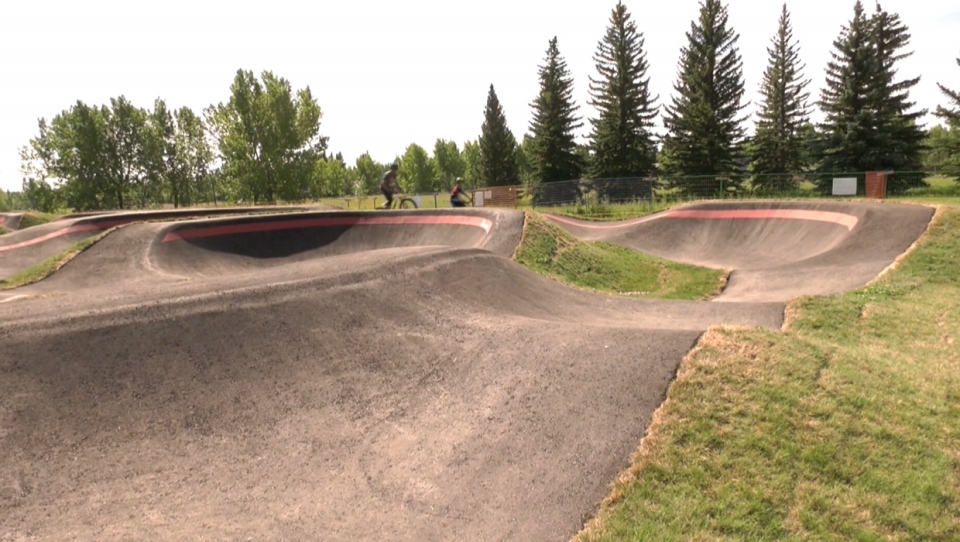 Speaking during Friday's track preview, Sheila Taylor of the Calgary Parks Foundation said there had already been a noticeable improvement in the skills of children who had an early crack at the track.

"We've already seen new riders within this morning go from being really timid and uncertain on their bikes to really confident and having a great time," said Taylor. "That's the goal. To make this a place where kids, teens, families are coming out, having a great time and building their confidence and skill."

Preliminary reviews of the park, relative to similar tracks, were overwhelmingly positive.

"This one, I think, the bumps and the turns are way higher," said one young mountain biker. "It's a lot more fun and you can get more speed."

The cycling park — a  collaboration between the City of Calgary, Parks Foundation Calgary and the Calgary Mountain Bike Alliance — was constructed with an abundance of seating for spectators.