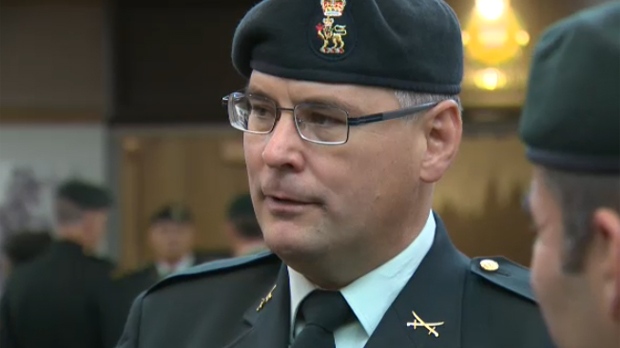 In a Saturday afternoon ceremony at The Military Museums, Colonel John Conrad took command of the 41 Canadian Brigade Group.

The change of command was an emotional moment for both Col. Conrad and his predecessor.

“To be the leader of this brigade is very humbling,” says Col. Conrad. “I’m as excited as all get out.”

“Speaking on behalf of all the soldiers at 41 Canadian Brigade Group, who comprise all the reserve soldiers in Alberta and the rifle company in Yellowknife, thank you Albertans for the fantastic support they give to our soldiers,” says Col. Boehlie.

“It really means a lot to, not just me but, all of the soldiers in my command.”

Boehlie says the flood relief effort of his soldiers in Southern Alberta in June and July was the highlight of his two years in command.