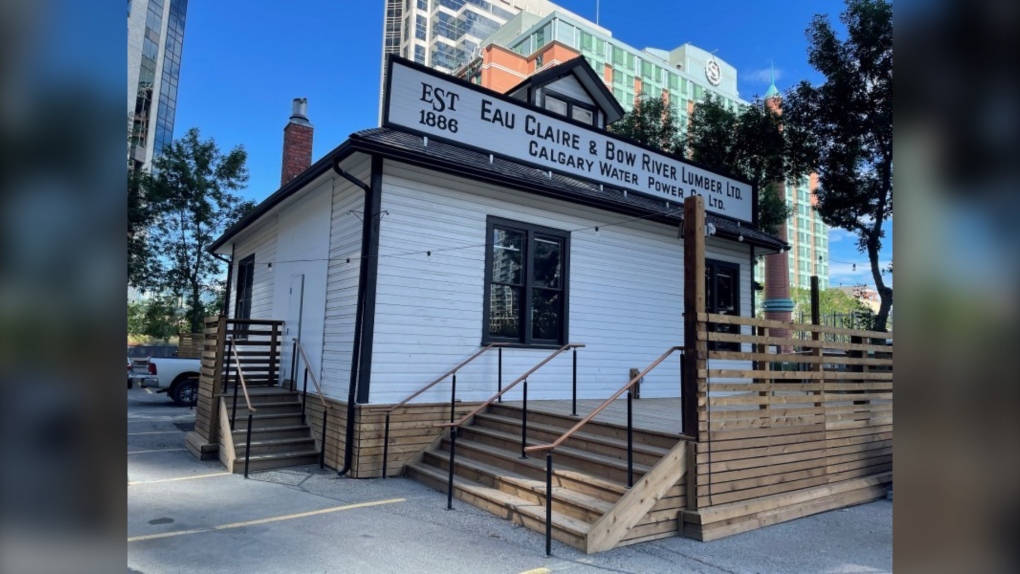 The City of Calgary and cSpace have teamed up to open a neighbourhood hub at the historic Eau Claire and Bow River Lumber Co. building through summer 2024.

The cSPACE Eau Claire Neighbourhood Hub launched Thursday, and will host "arts, culture and under-served community groups without space to gather, and for creative happenings to occur."

Dennis Hoffart, Eau Claire area improvements program manager, said it was clear the space would be well-suited to support downtown communities and neighbourhoods.

While the short-term occupation offers something to locals, it's also good for the building, which is in the middle of some big changes.

The building was relocated temporarily as part of the city's Eau Claire Plaza redesign project.

"We knew that the Eau Claire and Bow River Lumber Co. building would need to be relocated to accommodate grade changes to (Eau Claire) Plaza, meeting our flood resiliency requirements, creating an interesting challenge for our team. Occupying this historic building protects it from deteriorating while its new home is being prepared," Hoffart said.

While serving this purpose, the building has been fitted with access ramps, an outside deck and new lighting.

Deeter Schurig, cSPACE Projects president and CEO, says the hub "will activate the vacant historic asset and enliven this area of downtown for Calgarians to enjoy."

Thursday's launch was the sort of thing Thom Mahler, the city's director of downtown strategy, is keen to see more of.

"This project exemplifies the kinds of initiatives we will need to take to reinvent our downtown (such as) leveraging our historic resources, adapting to a changing climate and offering and supporting inclusive places for Calgarians to express themselves and to gather and create strong communities for the future," Mahler said.

Lawyers for 'Freedom Convoy' organizers have won their bid to get access to unredacted versions of 20 documents at the Public Order Emergency Act.

A Toronto-based mining company has been fined $300,000 for a workplace fatality that took place last year at Hemlo Mine near Marathon, Ont.