The Alberta government is supporting Canary Biofuels, an Alberta-based biofuel producer, with a $4.7M grant through the province's Technology Innovation and Emissions Reductions (TIER) fund.

In total, the facility in Lethbridge County will cost $28.6M and will be capable of producing roughly 70 million litres of renewable fuel each year while cutting more than 220,000 tonnes of emissions.

That reduction in emissions is equivalent to the electricity needed to power 41,000 homes.

Environment and Parks Minister Jason Nixon said the decision to fund a portion of the facility was not only to help the economy, but also the environment.

"This facility will be the first of its kind in Canada, with its flagship facility right here in Alberta,"

"It will take local agriculture waste, edible animal fats and used cooking oil and turn these into renewable fuel."

The plant plans to purchase more than $375M worth of feedstock from Alberta farmers over the next five years.

For the province's canola producers, having another revenue option is a big deal after years of unstable trade agreements and uncertain crop yields.

"You go back a number of years and we didn't have an option for off-grade canola," said the Chair of the Canadian Canola Growers Association Mike Ammeter. 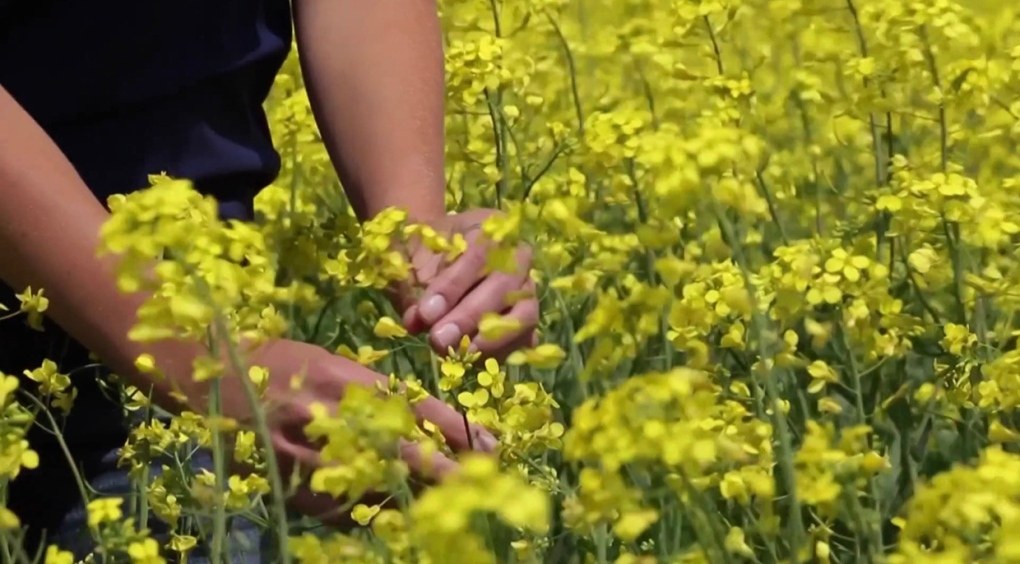 "If it was a real bad year, you might end up having to landfill all of it. Those days are gone, and this [facility] plays right into that."

With facilities like Canary Biofuels' Lethbridge county plant, farmers have more versatility and more options to diversify their customer base.

The plant is expected to be operational in October of this year after upgrades.

"We're adding a chemical train, a distillation column and some unique technology in the middle that helps allow us to have really high-efficiency in terms of taking all that feedstock and converting into biodiesel and glycerin," said Canary Biofuels CEO George Wadsworth.

"Canadian canola is used in biofuel production around the world because it’s a low-carbon, sustainable and renewable resource. We are excited to see more investment in Lethbridge that will directly benefit canola farmers," said Canola Council of Canada director Brad Orr.

For canola farmers, this isn't the first time biofuel has come up as a way to increase profits and support the economy.

The Canola Council of Canada tried to push the province to mandate the use of more biodiesel in the fuel consumers buy at the pumps roughly two years ago.

However, only two per cent of biodiesel needs to be in diesel fuel.

For canola producers who have felt a real financial sting over the past few years, bringing that total up to five per cent biodiesel would dramatically increase the demand for their oilseed crops and in turn create a massive boost to business.

"If we went to five per cent across Canada, the estimates are that it would be similar to a market size of Japan. So that is a huge market," said Ammeter.

"The question is where would all the supply come from? Well, we'd have to work on that and it would be all hands on deck, but it's a great position to be in when you have demand."

Minister Nixon confirmed that raising that minimum biodiesel level remains on the table and he plans on continuing discussions with the province's minister of Agriculture and Forestry, Devin Dreeshen.

"A lot of the questions that we have to answer from a public policy perspective on that had to wait until the federal government laid out their climate change plans. As we're seeing those unfold, we can have another look at that," said Nixon.

"We are going to continue in the province of Alberta to be focused on helping to develop new technology and focused on supporting out innovators on projects like this to find ways forward to manage emissions."

The recent funding for the Canary Biofuels plant is part of the province's commitment of up to $750M for emissions reduction and economic diversification programs and projects through the TIER fund.

The goal of that funding is to create roughly 9,000 jobs while injecting nearly $2B into the Alberta economy.

Hundreds of thousands of white flags planted in D.C. to commemorate those who died of COVID-19

Hundreds of thousands of white flags covering 80,000 square metres of the National Mall in Washington, D.C., have been planted in memory of the lives lost to COVID-19 in the U.S..

The United Conservative Party says it will be moving up its annual general meeting in 2022 from the fall to the spring, and it's Jason Kenney's idea to do so.