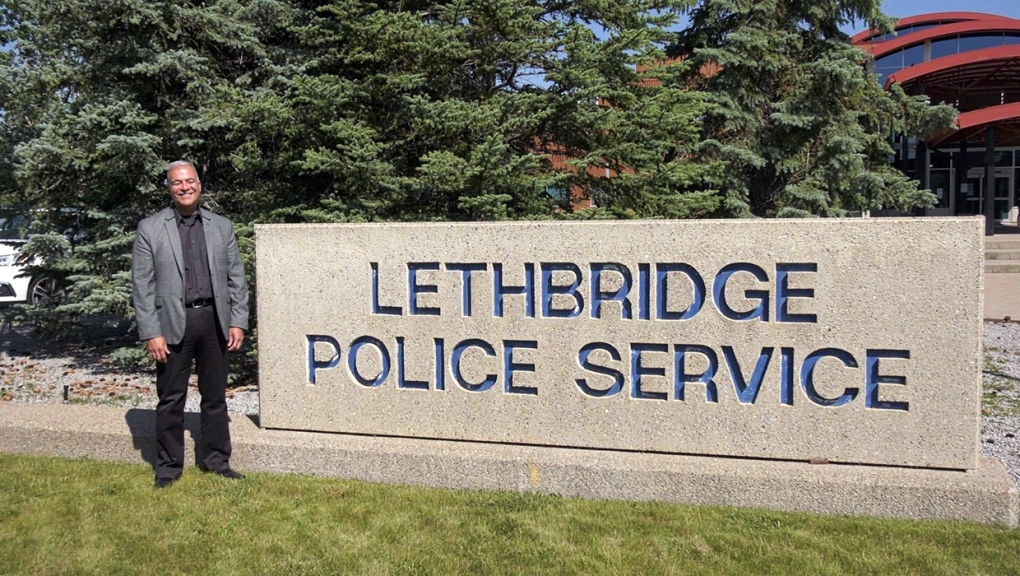 LETHBRIDGE, ALTA. -- New Lethbridge police chief Shahin Mehdizadeh met with the media on Friday where he expressed his gratitude and excitement towards his new position.

“I want to say that I’m deeply honoured and humbled to take this position,” said Mehdizadeh.

Originally from Iran, Mehdizadeh and his family left the country during the 1979 revolution. He then lived in New Delhi from 1979-1984 before coming to Canada.

“May 7th 1984 is when I came to the best country in the world. This country allowed me to come here and make a life for myself,” said Mehdizadeh.

Mehdizadeh also has an extensive career in criminal justice.

“I have worked in every province and territory in this country,” said Mehdizadeh.

He holds over 30 years of experience in various policing disciplines. He is currently serving as the RCMP’s Chief Superintendent for the Central Alberta District.

Over the course of his career, Mehdizadeh has worked in a wide range of communities with different viewpoints on safety.

“I’ve been in communities (where), if they have one break-and-enter in a month, they don’t feel safe," he said, "and I have worked in communities and when they don’t have a drive-by shooting in a week, they feel very safe."

The City of Lethbridge began searching for a new chief last October after former Chief Rob Davis resigned to take a job back home in Brantford, Ontario.

Chief Mehdizadeh wouldn’t comment on his predecessor or the allegations of bullying and harassment brought forward by the rank and file, but he says he wants his officers to know they can talk to him.

“I have an open-door policy and by open door, I mean open door,” said Mehdizadeh.

As for the on-going racial issues between law enforcement and citizens, Mehdizadeh believes Canada is on the right track but feels racism will always be a challenge.

“When you look at the history we’ve taken huge strides to deal with those issues," he said, "but it’s never going to be perfect."