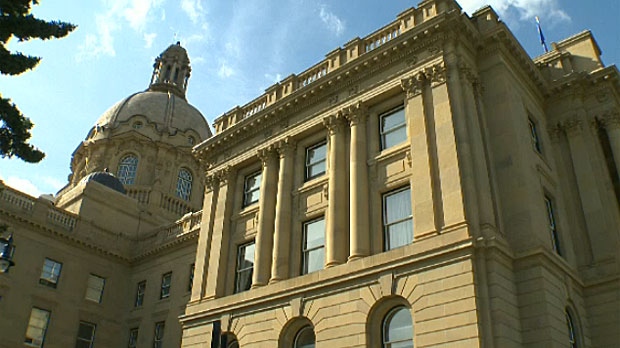 A new poll, from Mainstreet Technologies, has put the PCs in third place, behind the Wildrose and NDP.

A new poll released Wednesday is showing a continued decline for the ruling PCs, putting them in third place behind the Wildrose and the NDP in the Alberta election campaign.

The poll, released by Mainstreet Technologies, asked over 3,000 Albertans about their voting intentions.

Results show the Wildrose and NDP in a statistical tie over the PCs, with those numbers falling to 18 percent.

“One thing is becoming clear at this stage of the campaign, the effect of the budget and residual anger to the governing PCs will have a lasting impact on the outcome of this election. Although the Wildrose continue to lead, their support is flat and may have no room to grow. The NDP are definitely contenders and have the momentum,” said Quito Maggi, President of Mainstreet Technologies in a release. “Calgary is now the battleground where 3 and 4 way races are likely.”

The undecided vote, however, is still quite high, coming in at 23 percent.

The full poll results are below: