It's been a whirlwind 24 hours for 18-year-old Keagan Slaney and Blake Heward. They got news they were traded to the Calgary Hitmen for 19-year-old defenceman Luke Prokop on Wednesday.

On Thursday morning they drove to Calgary and, a couple of hours later, they were on the ice with their new teammates.

This is like a homecoming for Slaney – he's from Airdrie and says he grew up cheering for the Hitmen as a kid.

"I think I came to just about every teddy bear toss game that they had throughout my childhood," the 18-year-old said.

"Yeah, excited to kind of come back home and have the chance to play in front of the hometown crowd. I think that's a really cool experience for me in the WHL."

Heward is also 18 and is the son of former NHL defenceman Jamie Heward. He says he loves to follow in his father’s footsteps and make it to the show.

"Yeah I'd love to, I mean, I'd love to play hockey for as long as I can. Obviously pro hockey is the goal but it's going to be difficult to get there," Heward said.

"I'm going to push myself everyday to try and reach that level just like my dad." 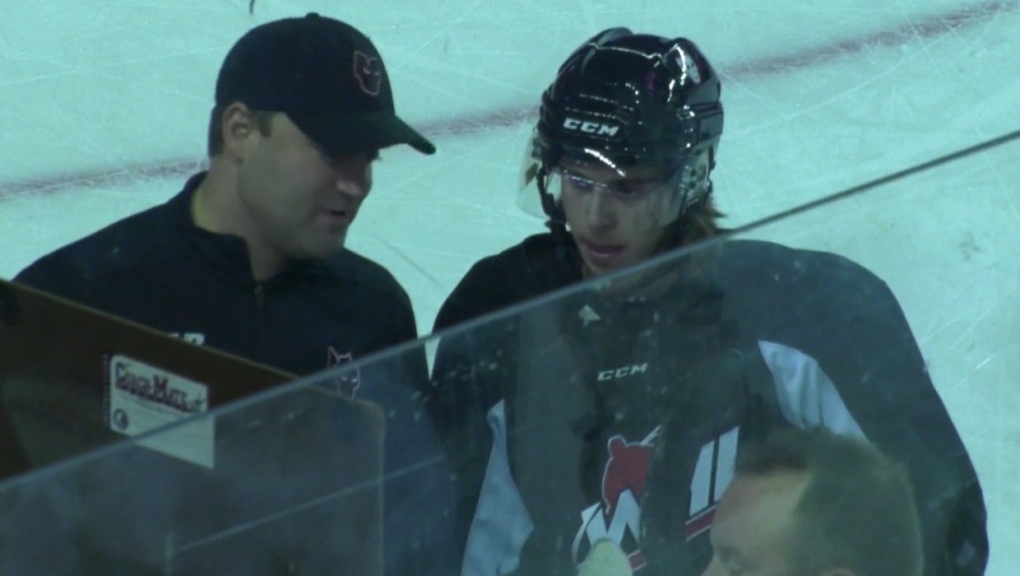 Hitmen general manager Jeff Chynoweth says it wasn't easy to trade Prokop. He was a big part of the team in the community and on the ice.

But Chynoweth says he's pleased with what he got in return.

"We weren't actively looking at moving Luke, but this was an opportunity where a team came calling," he said.

"You know we started discussing it. Everything has a price and you know this made sense for us not only today with our hockey club but moving forward."

The Oil Kings are the number one ranked team in the CHL and are obviously making a run to get to the Memorial Cup.

That's what makes the trade hard. The Hitmen on the other hand are a young team but Slaney says that means he gets that much more opportunity. In five games with the Oil Kings this season, Slaney had one assist.

"You know obviously at the end of the day you want to win hockey games but it is about yourself improving and getting to the next level and I really think this is the best place for me to do it so I'm excited." 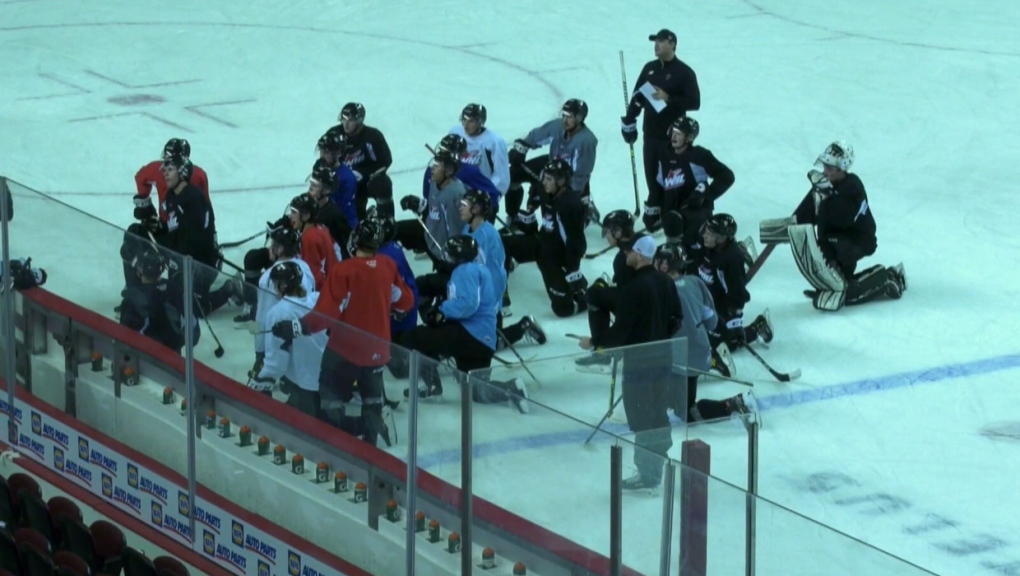 Heward got into three games for the Oil Kings this season and didn't register a point. He says he's looking forward to getting more minutes with the Hitmen.

"It's all about opportunity and getting to play more minutes with the Hitmen.

"It will be good for my own personal growth as a player and as a person. I think it's going to be good."

Despite moving out one of their top defenceman, Chynoweth insists he's not throwing in the towel for this season.

He says he's told the team the goal is still to make the playoffs.

The Hitmen play a home and home series against the Red Deer Rebels this weekend. Both Slaney and Heward say they expect to play their first games with their new team.