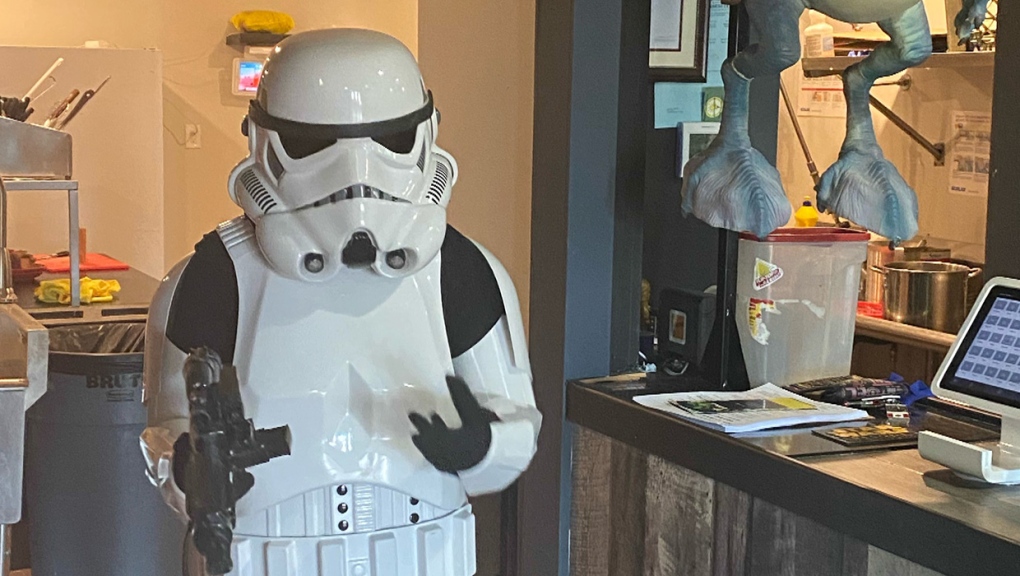 A stormtrooper suit at the Star Wars-themed Coco Vanilla Galactic Cantina in Lethbridge, Alta., drew a police response on May 4, 2020 and landed a worker in handcuffs

CALGARY -- A full review into an incident that resulted in a 19-year-old woman in a Stormtrooper costume tackled by Lethbridge police officers has resulted in no charges against any of the personnel involved.

The investigation, conducted by the Medicine Hat Police Service, the Alberta Serious Incident Response Team (ASIRT) and Alberta Crown Prosecution Service, was recently concluded with the findings being forwarded to the Lethbridge Police Service.

According to that investigation, the court is not proceeding with any criminal charges against any of the officers involved.

The LPS was called to respond to the scene outside a local business on May 4, 2020, after receiving two 911 calls about a person with a gun.

When police arrived on scene at the Coco Vanilla Galactic Cantina, a Star Wars-themed restaurant, they witnessed an individual, dressed up as a Stormtrooper, dancing outside the establishment with a blaster, the standard-issue weapon assigned to all members of the 501st Legion.

The weapon was a prop, but police ordered the individual, identified by Coco Vanilla's owner Brad Whalen as "Ashley", to drop it.

However, the woman apparently didn't hear the officers through her helmet at first and, since she did not comply with the repeated commands to drop the "weapon", the officers tackled and handcuffed her.

Ashley suffered a bloody nose in the incident, but was not charged after police determined she was promoting the business. 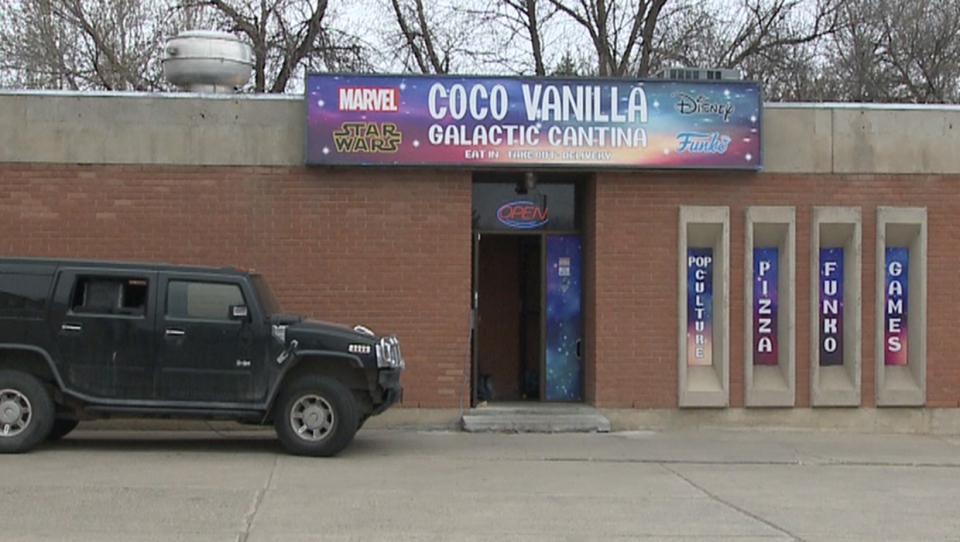 Following the arrest, the LPS said they "take all weapons complaints seriously" but Whalen told CTV News that officers should have been able to understand what was really going on.

"Sometimes you really have to use common sense," Whalen told CTV News following the incident. "When all the things fit in the box — you've got the signs, you've got the music, the atmosphere.

"A duck is a duck when it's walking like a duck."

Now that the formal investigation into the incident is complete, a professional misconduct investigation, under the Police Act and Police Service Regulation, will proceed.

The LPS will provide no further comment on the incident until that investigation is over.