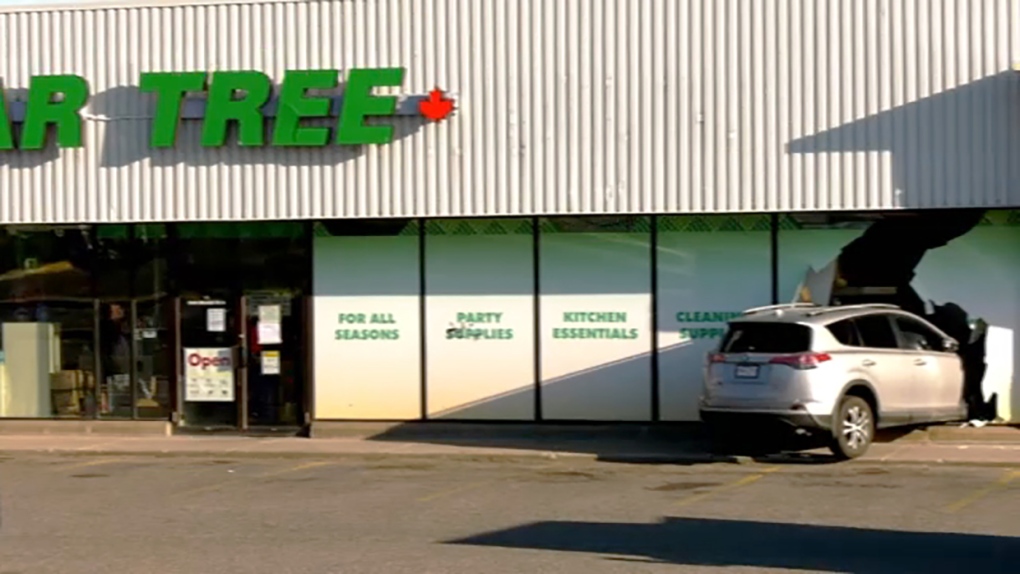 No employees or customers were injured when an SUV drove into a Dollar Tree store on Macleod Trail S.E. Monday night around 7 p.m.

CALGARY -- A woman drove an SUV into a Dollar Tree store Monday night.

The incident took place around 7 p.m., on Macleod Trail S.E.

CTV spoke to a woman at the store, who said no employees or customers were hurt when the vehicle entered the store while it was open.

The driver was transported to hospital, but the woman at the Dollar Tree said she appeared to be OK.

She added that there was a lot of damage to the store.