No injuries reported after flames tear through southeast garage 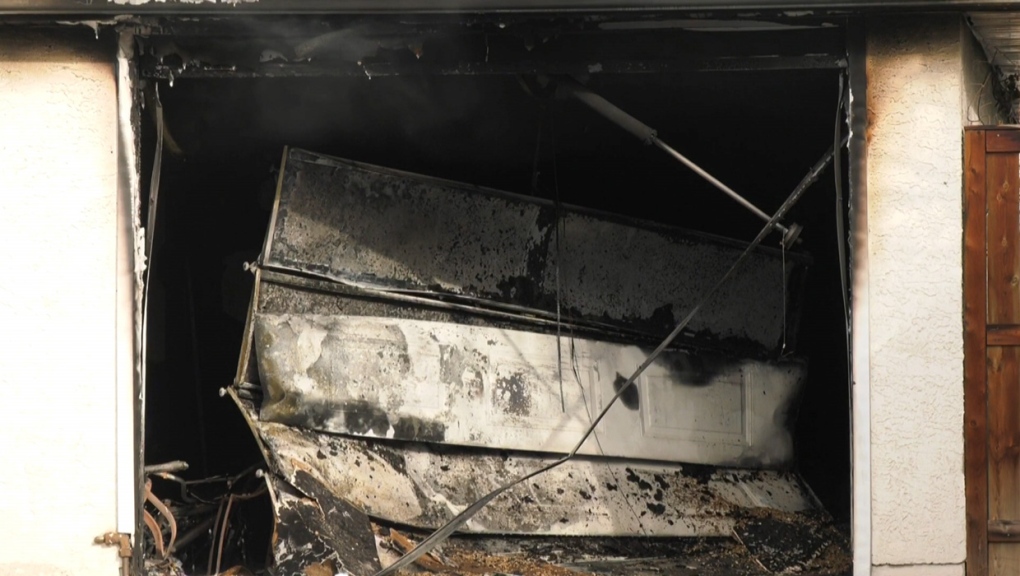 CALGARY -- A detached garage in a southeast neighbourhood was damaged in a Thursday morning fire.

The Calgary Fire Department responded to the 2800 block of 11th Avenue S.E. — in the community of Albert Park/Radisson Heights — shortly after 10 a.m. following reports of a fire.

"When fire crews arrived, they found a fully-involved garage fire," said Carol Henke, Calgary Fire Department public information officer. "Once they went in, quickly extinguished the fire, they didn't find anyone inside and there are no injuries reported as a result of this fire."

Henke says the efforts of firefighters prevented the fire from spreading to neighbouring building. A vehicle that had been parked near the garage was damaged.

While the specific cause of Thursday's fire has not been confirmed, Henke says garage fires are often the result of electrical issues, improperly disposed smoking materials, or vehicle malfunctions. An investigation into the fire is underway.