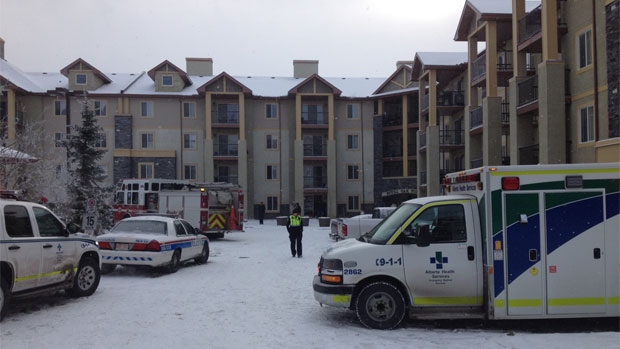 About 80 people were forced from their homes Sunday morning after the carbon monoxide detectors in their condo building went off.

Carbon monoxide readings in the building were found to be as high as 380 parts per million. At those levels, carbon monoxide poses serious and immediate risks to residents’ health.

All 132 units of the four story condominium building were evacuated.

The evacuees were temporarily housed in Calgary Transit buses.

Calgary firefighters and ATCO Gas are working to find the source of the carbon monoxide.

Calgary EMS says one man in his 60s was taken to hospital in stable condition. No one else was hurt.

The Calgary Fire Department reminds Calgarians that carbon monoxide is a potentially lethal gas which is odourless, colourless, and tasteless.