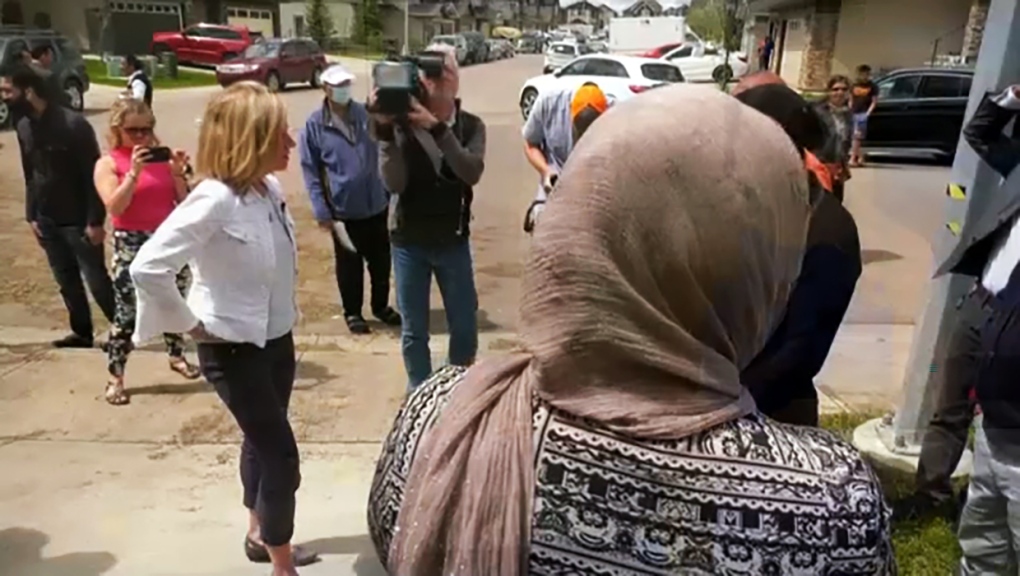 Rachel Notley is calling on the province to step up for the northeast Calgary residents impacted by Saturday's massive hail storm, which means just about all of them.

“I’m struck and overwhelmed by the depth and the extent of the damage,” said  Notley as she toured areas damaged from the hail Tuesday.

“I asked the premier to declare this a disaster,” said Notley, “and to ensure that not only municipalities but also residents will be able to apply for disaster relief through the provincial program.”

Notley said she understood that not everybody has hail insurance and the economy is still in the process of ramping up after the COVID-19 pandemic where many people have lost jobs.

She said there were programs available for those who are underinsured or not insured at all.

Added Notley: “We think the government needs to take action sooner rather than later to identify that this is a disaster and make disaster recovery program benefits available to Calgarians that need it.”

Councillor George Chahal and Mayor Nenshi, both of whom toured the area Monday, estimated the damage to be in the hundreds of millions of dollars, or possibly as much as a billion dollars.