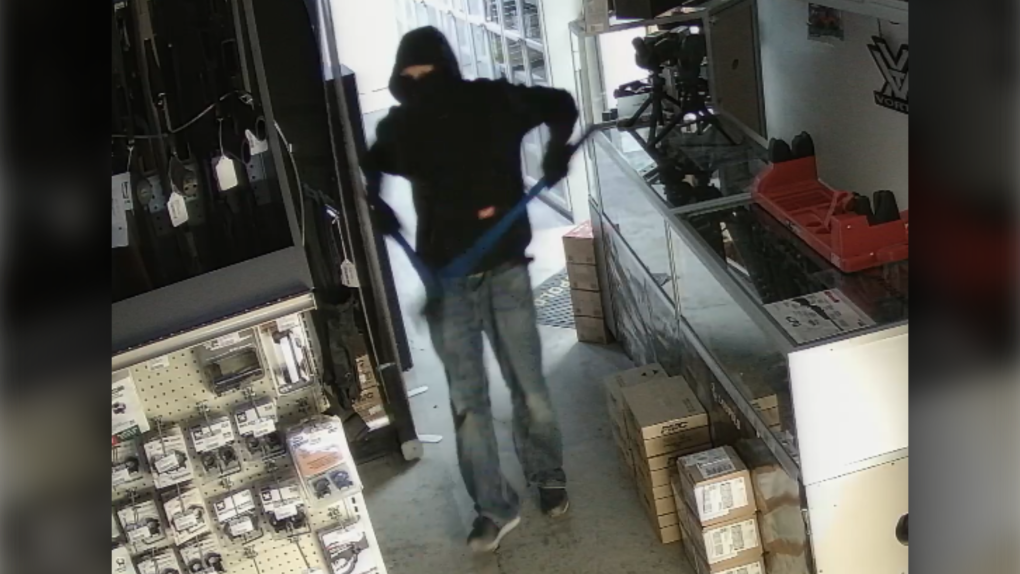 Surveillance image of the suspect in a Sept. 27 break-in where firearms were stolen at Alberta Hardware in Fort Macleod, Alta. (RCMP)

RCMP in the southern Alberta town of Fort Macleod are attempting to identify a person who broke into a hardware store late Tuesday night and stole several firearms.

Mounties say the break-in at Alberta Hardware happened shortly after 11 p.m. and surveillance cameras recorded the thief as they stole 'numerous firearms.'

The suspect, who investigators believe is male, is described as approximately 183 centimetres (6') tall and having a thin build.

At the time of the break-in, the suspect was wearing:

The suspect drove off in a silver or light coloured SUV, resembling a Ford Edge.

Anyone who recognizes the suspect or suspect vehicle in the surveillance footage, or has information regarding the break-in, is asked to contact the Fort Macleod RCMP detachment at 403-553-7220 or anonymous tips may be submitted to Crime Stoppers.