O'kosi explores the ripple effect of signing Treaty 7 in 1877

O'kosi explores the ripple effect of signing Treaty 7 in 1877 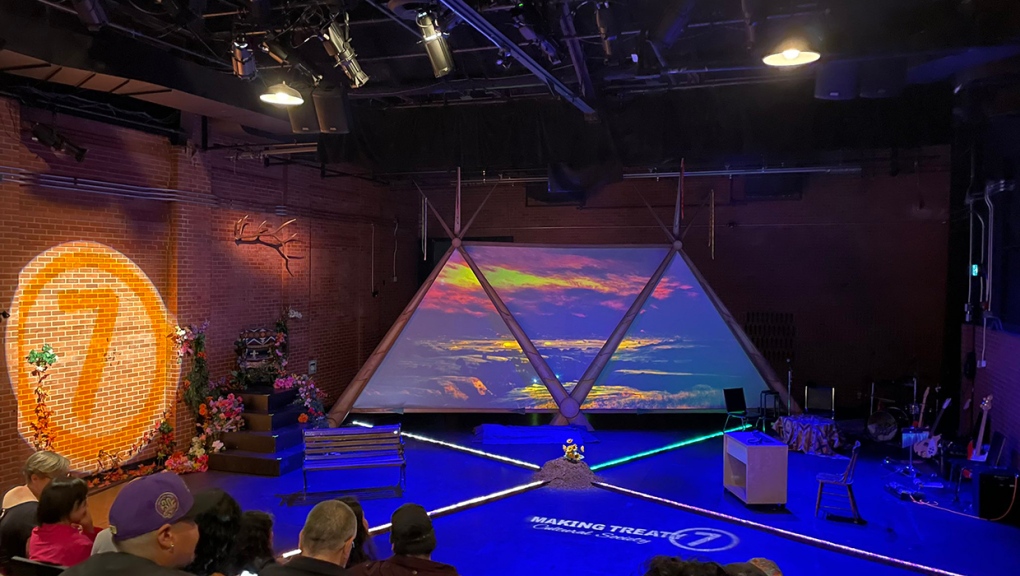 The set of Making Treaty 7's O'kosi, at the Pumphouse through Oct.1

There's no Blackfoot word for cousins.

That's one of the things actress Mary Rose learned during rehearsal for O'kosi, the new show from Calgary's only Indigenous theatre company, Making Treaty 7, which opened Thursday at the Victor Mitchell Theatre at the Pumphouse.

The unique show features a cast that includes five Blackfoot actors, from Rose all the way up to Elder Louise English, making her acting debut at the age of 91.

"O'kosi is about looking at what happened to our families," Thrush says. "Every scene takes place on September 22, but in different years.

"It's about time travel, it's about portals, and it's non-linear," she says.

O'kosi  - a Blackfoot word that describes people who used to move closer to the water in autumn - spans 200 years, between 1877 and 2077, explains Thrush, who is also Making Treaty 7's artistic director. 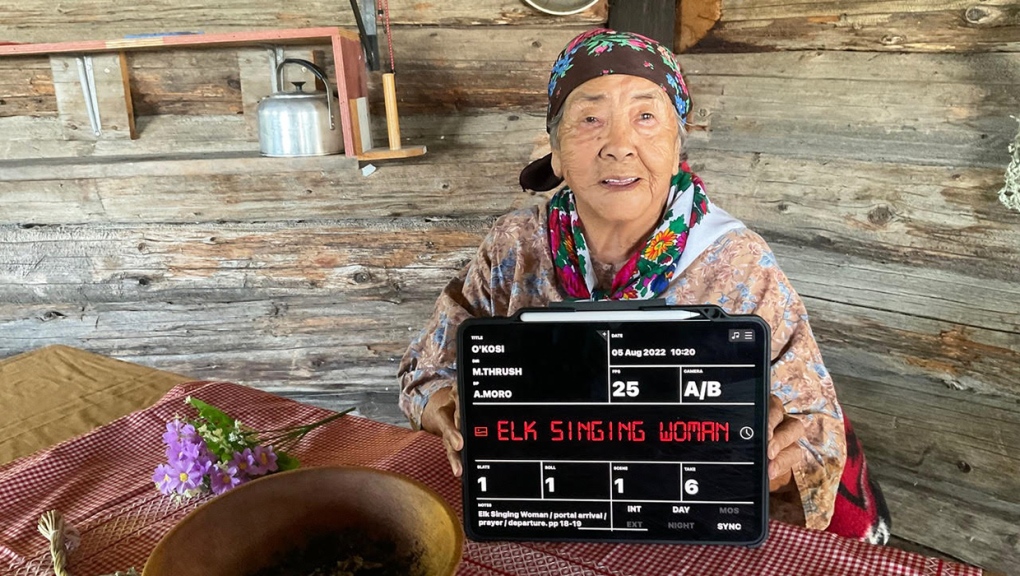 Louise English, 91, makes her debut in O'kosi, the new show from Making Treaty 7 in Calgary

The first September 22 marks the occasion of the signing of Treaty 7. Subsequent years show the fallout from that fateful day, both for Indigenous communities in southern Alberta and for the planet, which, by the time it gets to 2077, has been virtually destroyed.

That prompts one character, played by Telly James, to seek out an elder, to find out what went wrong.

"(He asks), “tell me about this treaty,' Thrush says. '“Tell me about the collapse of the world”, and the old man says, “Well, the treaty happened.

"Basically," she adds, " (what he means is that) if European people had valued the treaty and learnt from the people they were signing this treaty with and learnt how to live in this land properly, then we would not be in this mess we’re in now." 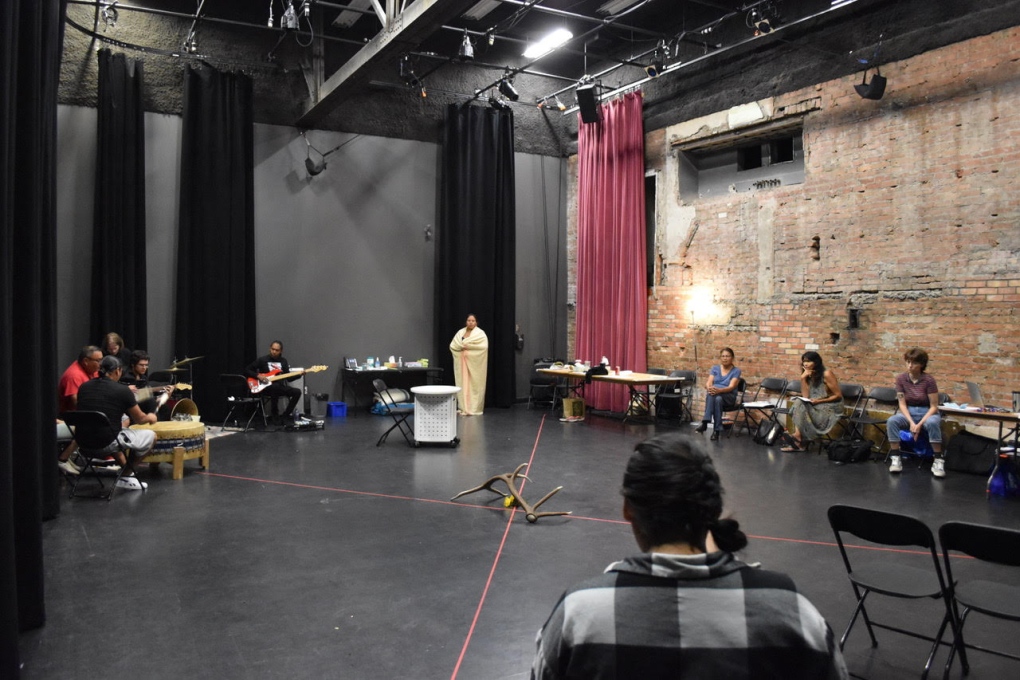 Rehearsing O'kosi at the Grand theatre in downtown Calgary

'I'VE WATCHED HER GROW UP'

If that's awfully big picture to digest – O'kosi sometimes sounds like a cross between a 'Mad Max' movie and a Blackfoot legend – perhaps the most personal way to explain the journey of discovery that is O'kosi is through the story of the relationship of director Thrush and Rose.

"Mary Rose’s mom is my best friend from high school," says Thrush. "I met her from the time she was a couple weeks old - so I’ve watched her grow up.

"She’s known me her whole life," Thrush says. "She calls me aunty."

Rose grew up with her father and stepmother on the Okanagan Valley reserve in B.C., but her mother is Blackfoot, from Alberta – and doing O'kosi is Rose's first real opportunity to get to know her Alberta side of the family story. 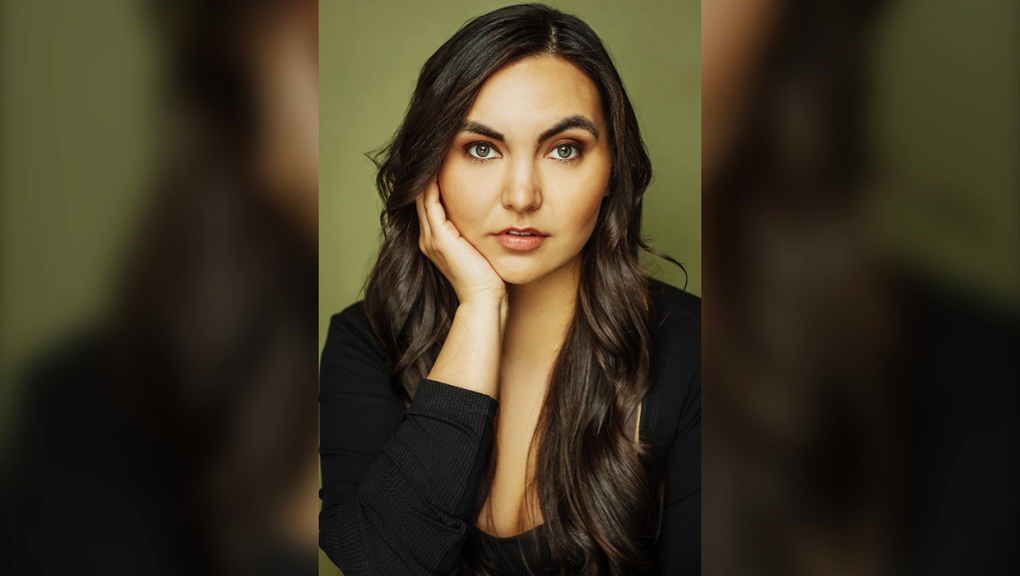 "Mary Rose has grown up in Okanagan and it’s a different way to see life over there," Thrush says. "I wanted her to be here and experience what her mother’s people went through.

"Why her mother is different than her dad in her healing."

"It’s actually been pretty challenging doing this show because it relates so much to my real life, but it's good healing," Rose says. "It’s built a strong understanding. Its heavy but we need to do this work."

Part of that is the unique nature of working on a Making Treaty 7 production.

"Making Treaty 7 is about all of the people that have contributed to it, who have built this company - every single person who has been on that stage and then the crew from the get go until today," Thrush says. 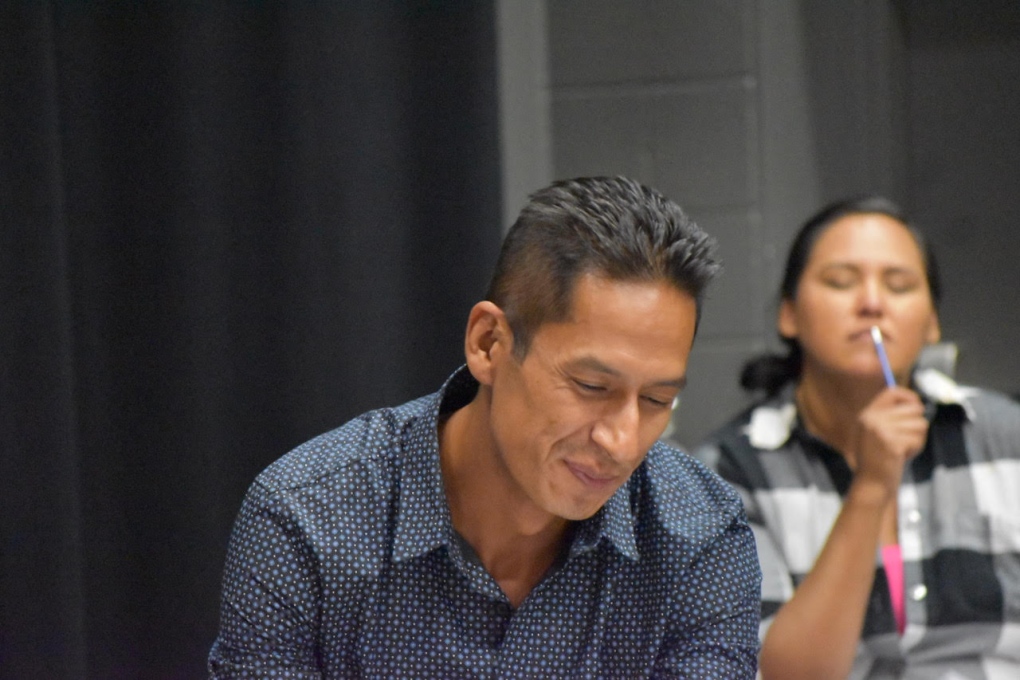 'THE STORY IS THE CHILD'

In Blackfoot culture, there's no word for cousins because everyone is a brother and sister. Everyone helps raise the community's children, Thrush says - and in theatre, the story is the child.

"Before colonization our communities - whether they were Backfoot or Cree - would put the children into the centre of the community and the grandmothers and grandfathers and aunties and uncles all contributed to raising that child," she says.

"It was never just a mother’s responsibility or a parents’ responsibility," Thrush says. "When Mary Rose says Blackfoots don’t have a word for cousin, that’s because in Indigenous way all of my first cousins are my brothers and sisters. All of my aunties and uncles are my parents. They have the same responsibilities. 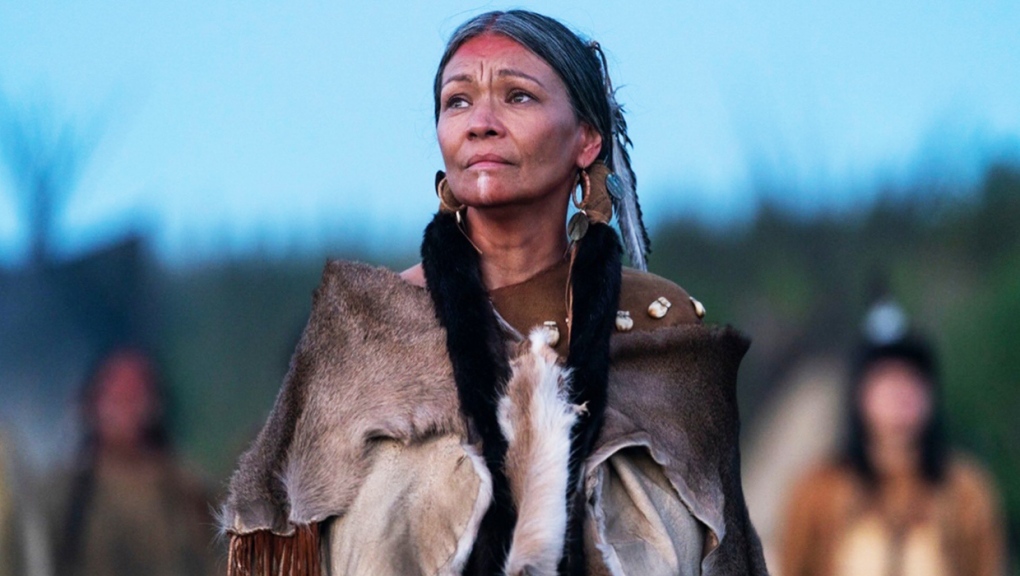 Michelle Thrush in Prey, a new film from Disney

"So that’s the whole concept today of where we are with O’kosi," she adds. "The show is about our children, what happened to that? They were in the centre and everybody was responsible for raising that child."

"I always begin my rehearsals by saying ‘the story is the child and we are all aunties and uncles and grandparents and we all contribute to the raising of that story’."

"It’s amazing," Rose says. "They’re all so talented and so welcoming. There’s so much humour and laughter in the room constantly. And even when there is a challenging moment, we’re all there for each other, like we had a smudge bowl in rehearsal hall and we smudged every day and we all took care of each other."

O'kosi, for Rose, is all about the ripple effects created by the 1877 signing of Treaty 7 – and how exploring the traumas of the past will hopefully lead to healing. 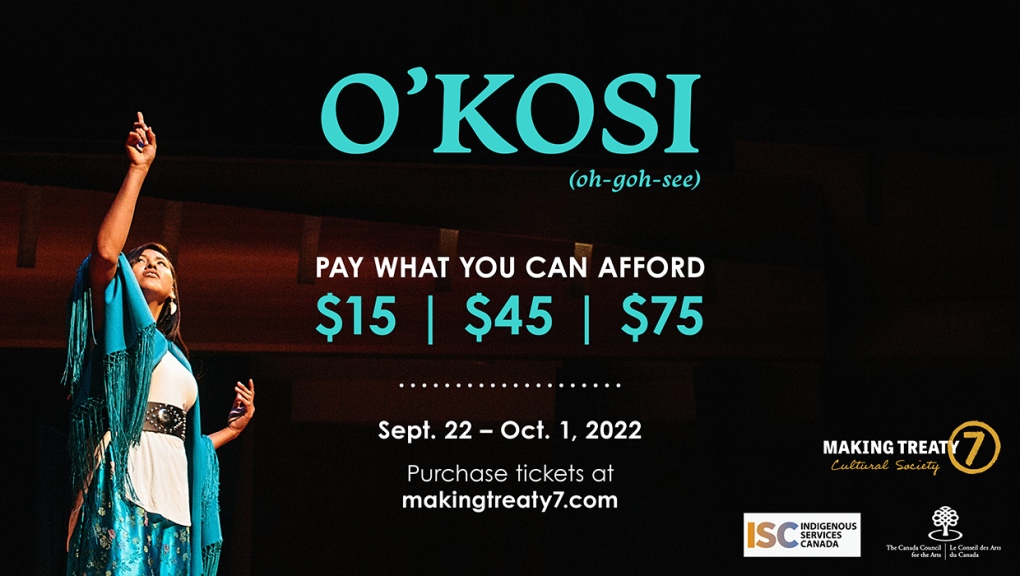 O'kosi features Pay What You Can Afford tickets

PAY WHAT YOU CAN AFFORD

O'kosi also is offering innovative ticketing structure – they call it "Pay What You Can Afford."

"One of my huge priorities coming back to Making Treaty 7 as an artistic director is that we get more Indigenous people back into the seats," says Thrush, who has a busy acting career, in films such as Prey, as well as the TV series Blackstone.

"That we create a welcoming safe place for Indigenous people to feel like they belong - and so we created that three tier system so that everybody who wants to be a part of it can come to it.

"It’s just a big thing that we want to get more Indigenous people," she says. "In the past we’ve done Making Treaty 7 to 900 people in the audience I would say 95 per cent of those were non-native."

Before the interview wraps, CTV News issues the standard theatrical salutation to theatre people about to launch a new production - "Break a leg!"

O'kosi is at the Pumphouse through Oct.1