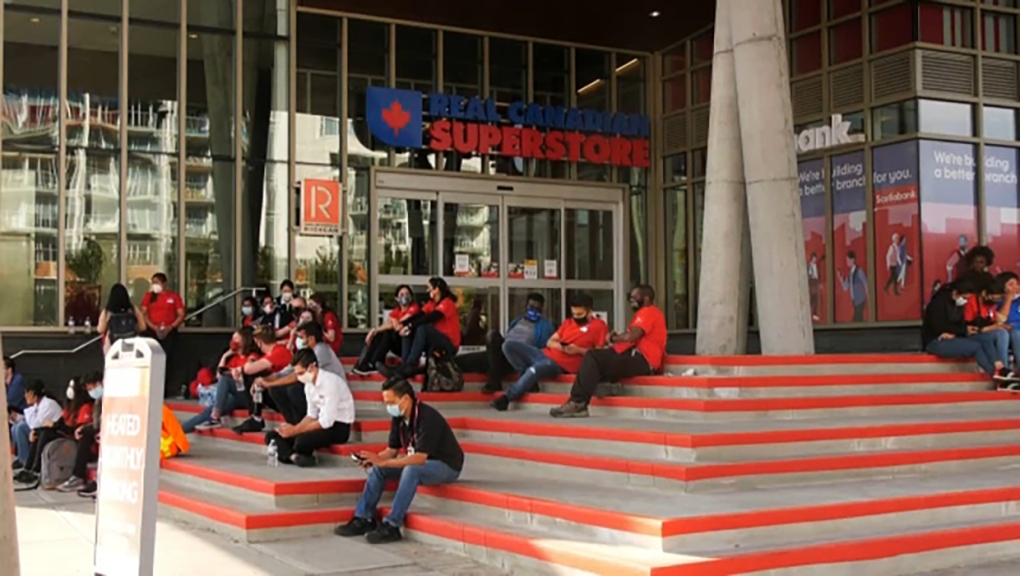 Occupants of an East Village building wait to be allowed to return inside after a leak in a refrigeration system over top of a Superstore Friday was mistaken for smoke.

CALGARY -- About 40 people who were evacuated from a building in Calgary's East Village early Friday evening have been allowed to return.

The evacuation took place after 5 p.m. Friday, because of a leak in the refrigeration system in the mechanical room above the East Village Superstore.

The vapour it emitted looked like smoke, prompting the evacuation as a precaution.

Shortly before 6 p.m., everyone was allowed to return to the building.