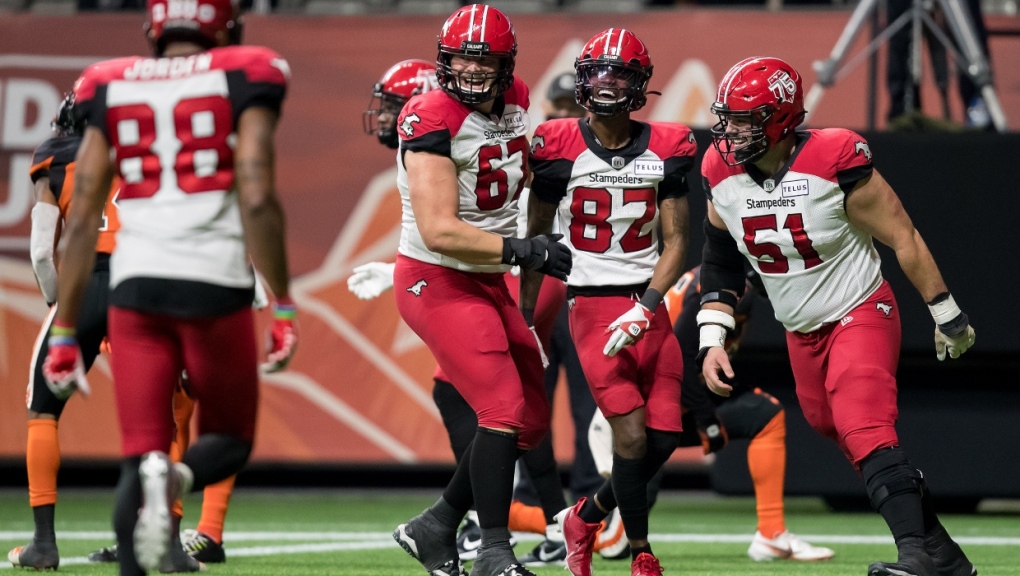 Calgary Stampeders' Zack Williams (67), Malik Henry (82) and Sean McEwen (51) celebrate Henry's touchdown against the B.C. Lions during the second half of a CFL football game in Vancouver, on Friday, November 12, 2021. (THE CANADIAN PRESS/Darryl Dyck)

Williams, who was set to become a free agent next month, played all 14 games with the Stamps last season, including 13 starts at left guard.

"I'm thankful to the Stampeders organization for this opportunity and I'm looking forward to the season,'' Williams, a third-round draft pick out of Manitoba in 2019, said in a statement. "I believe we have the players and coaches in place to be a serious contender for the Grey Cup."

He is the fifth veteran offensive lineman to sign with the Stampeders this off-season, joining a group that includes holdovers Julian Good-Jones, Sean McEwen and Ryan Sceviour as well as the returning Derek Dennis, who had two previous stints in Calgary. Dennis suited up for the Edmonton Elks last year.