At the Chevron retirees country garden, the scarecrows are actually for the moose who have a taste for beet greens.

Fortunately, they don’t seem to like the beetroots, or so far the onions, potatoes, zucchini, or carrots, all of which are destined for the Calgary Food Bank.

The garden is maintained by volunteers from the Chevron Retirees Club, which last year harvested over 4,000 kilograms of food from the land north of Cochrane.  Despite this year’s drought conditions, they are optimistic they’ll reap the same bounty this year.

“It's terrific to help people out that need a little help getting going, whatever their situation is,” said Ted Spearing of the Chevron Retirees Club. “If we can grow the veggies that help them do that, help them and their families be well-fed, and able to get on with life, that's wonderful.”

The food bank provides the seeds to the group which plants, maintains, and harvests the crops.

“We always get feedback from clients that they'll say, Wow, I didn't expect that I would get carrots that still had dirt on them from someone's garden yesterday," said Calgary Food Bank spokesperson Shawna Ogston. "The idea that we're growing such fresh produce just for them to say we care about your resiliency - they don't just see it as ‘Oh, great. I've got carrots.’ It’s (more) like ‘Wow! Somebody really cares’.” 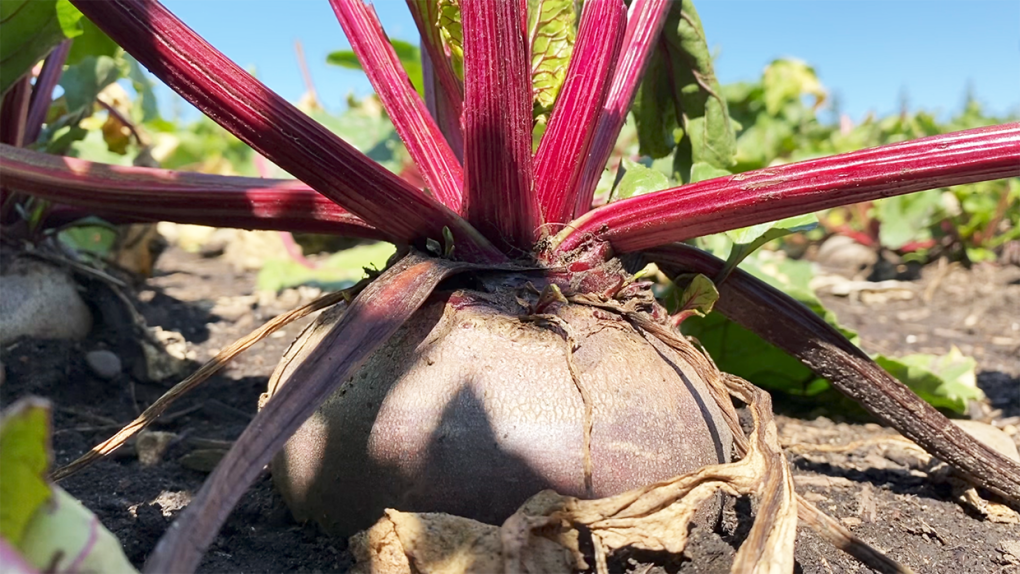 The land for the garden was donated by a homeowner, about 20 minutes north of Cochrane, three years ago. In the first year, the club was able to clear the land and break ground, but it wasn’t until 2020 that they were able to harvest a crop.

There was nowhere for them to store their tools and supplies, until Wednesday when a team from the construction manufacturer ZS2 technologies held a building bee to erect a shed for the group.

Using the company’s proprietary magnesium oxide sulfate cement paneling, they built what might be the most fireproof, weatherproof, and best-insulated shed on the prairies.

“The shed that we are building for the community garden is probably the Cadillac, or Mercedes of all sheds” said ZS2 CEO Scott Jenkins “I's a great demonstration of how quickly we can build this entire shed. It will be done in one day. It's an opportunity for us, also, to support such a worthy organization like the food bank.” 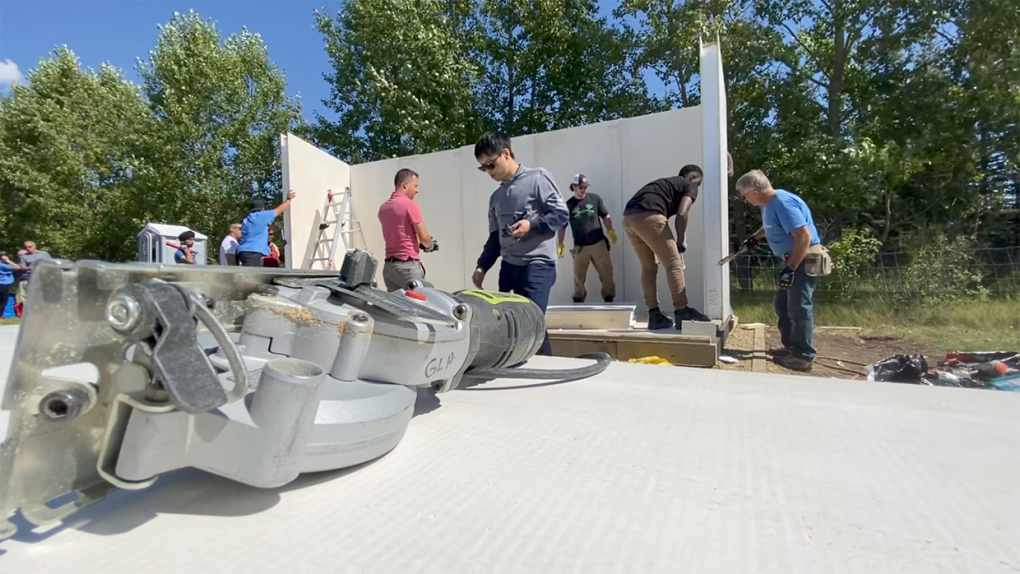 The garden is maintained by volunteers from the Chevron Retirees Club, which last year harvested over 4,000 kilograms of food from the land north of Cochrane. Despite this year’s drought conditions, they are optimistic they’ll reap the same bounty this year.

The Chevron retirees will be conducting a preliminary ‘test harvest’ this week to judge the state of the crop. They expect to harvest the full garden in mid-September, and while they expect to reap tonnes of food for the food bank, Ogston says even if you have just a row or two in your garden at home the food bank would be excited to see it wind up in one of their hampers.

“Donating to the food bank, if you've got a row in your backyard of extra potatoes, or who knows what this growing season is super easy,“said Ogston “Remember these are perishable items, so we've got to get them into hampers right away. If you're pulling out those carrots on a Sunday with your children, you could get those into hampers Monday afternoon.”

Ogston advises to check the food bank's website for the drop off locations and times.