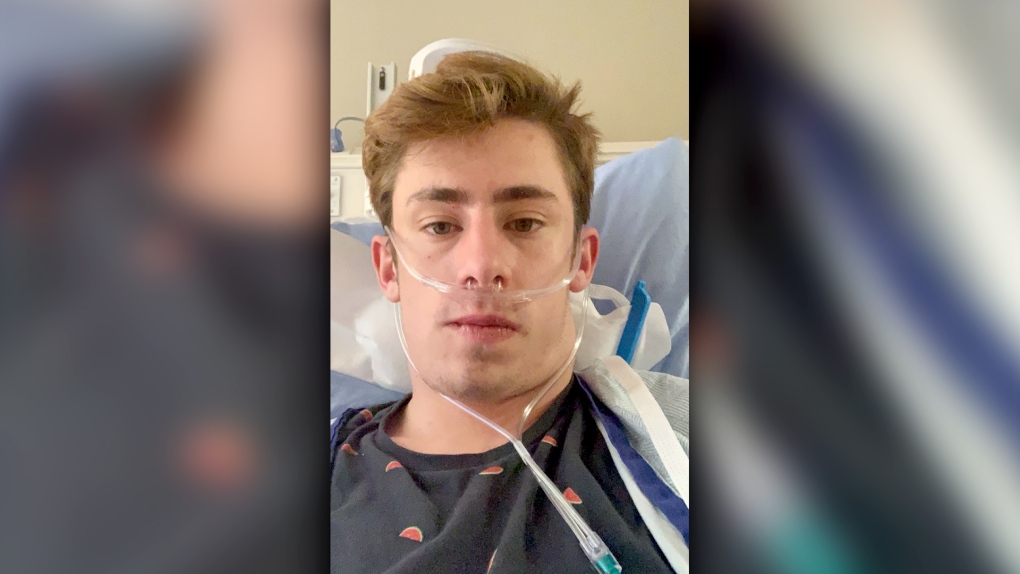 Matt Greenshields certainly isn’t who you might picture when you think of COVID-19 — he’s a student at the Haskayne School of Business, an athlete and by all accounts, a healthy 19-year-old. (Photo courtesy Matt Greenshields)

CALGARY -- An Okotoks man who ended up in the ICU with COVID-19 in March says he is growing increasingly frustrated with Alberta’s rising cases numbers.

Alberta currently has more active cases than any other province, with 14,052 being reported as of Thursday afternoon.

"It’s concerning the amount of people who are protesting it and part of the reason why I believe that is, is because they haven’t really been affected personally yet," said Matt Greenshields.

"I understand it’s hard to believe it’s that terrible if you’ve never experienced it yourself."

The 20-year-old isn’t sure how he contracted COVID-19 and ended up being diagnosed with mono at the same time.

“My throat had swollen to the point where I could no longer speak or eat or swallow anything,” he told CTV News.

Greenshields says he had no pre-existing health conditions prior to getting the virus and is still feeling some effects months after being considered to have recovered.

He originally spoke with CTV Calgary in April and continues to be open about his journey in hopes others take a closer look at their own actions.

"I can understand the pandemic fatigue, how people are getting tired of it," said Greenshields, adding he’s had people reach out to him directly, claiming he faked his story or referring to COVID-19 as" just another flu."

"I don’t think it’s fair for them to tell me it's not a big deal because it very much was for me and my family," he said.

Greenshields hopes Albertans will step up and follow the newly implemented health restrictions.

"It can happen to anyone, it happened to me," he said.