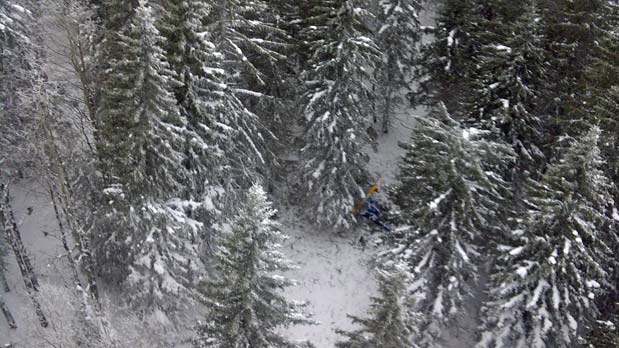 A southern Alberta man died after the helicopter he was piloting crashed near Slave Lake.

RCMP has confirmed that Glen Freeland, 38, from Okotoks, is the deceased pilot from the downed chopper.

Slave Lake RCMP say the aircraft was travelling from Peace River to Calgary when its emergency beacon was activated at around 12:30 p.m. Wednesday.

RCMP and Canadian Forces members from Cold Lake as well as two private helicopters then began searching for the helicopter.

Two hours later, the downed Robinson R-44II helicopter was located in a heavily bushed hillside area just outside of the Town of Slave Lake.

Freeland was the lone occupant of the helicopter and was found dead in the wreckage.

The cause of the collision remains under investigation and investigators say weather may have been a factor as there were high winds with some blowing snow in the area at the time.