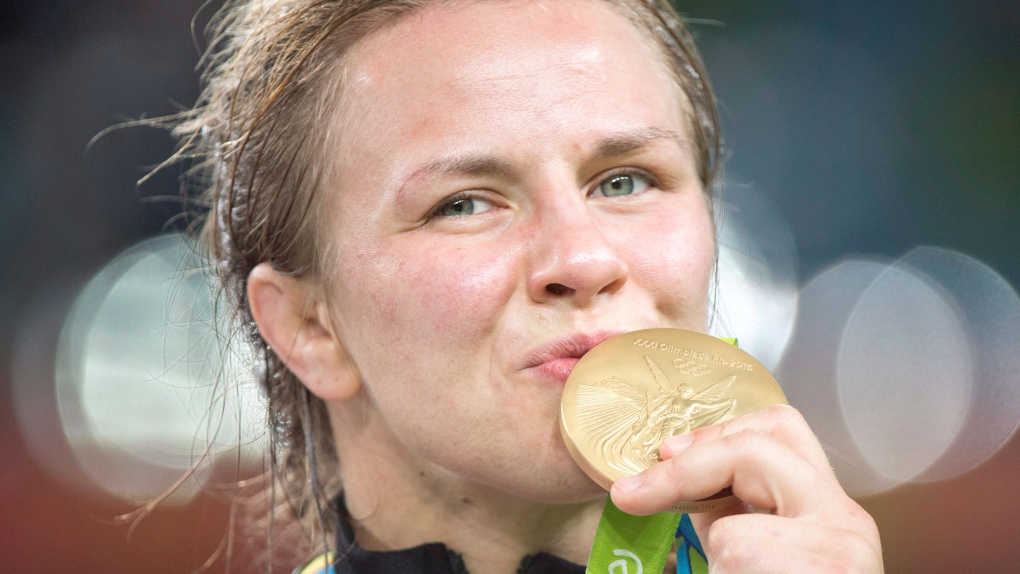 CALGARY -- Olympic gold medal wrestler Erica Wiebe has been appointed as the Alberta Ambassador for Sport and Active Living.

The title will see Wiebe work on promoting "the value and importance of sport and physical activity to Albertans," according to a release from the province.

Wiebe will also "focus on encouraging under-represented populations, including women and girls, to engage in sport and physical activity."

"I look forward to being an advocate for improving sport and active living opportunities for Albertans in every community across the province," Wiebe said in a release.

The 30-year-old began wrestling while in high school in Ontario and she now lives and trains in Calgary. She won gold at the 2016 Games in Rio de Janeiro and also won gold at both the 2014 and 2018 Commonwealth Games.

"She is so passionate about both youth and everyday Albertans being active and participating in sport," said Leela Sharon Aheer, Minister of Culture, Multiculturalism and Status of Women in a release.

"We thank her for being a true champion of health and wellness in our province."

Wiebe is currently training for the 2020 Olympic Games in Tokyo, Japan.