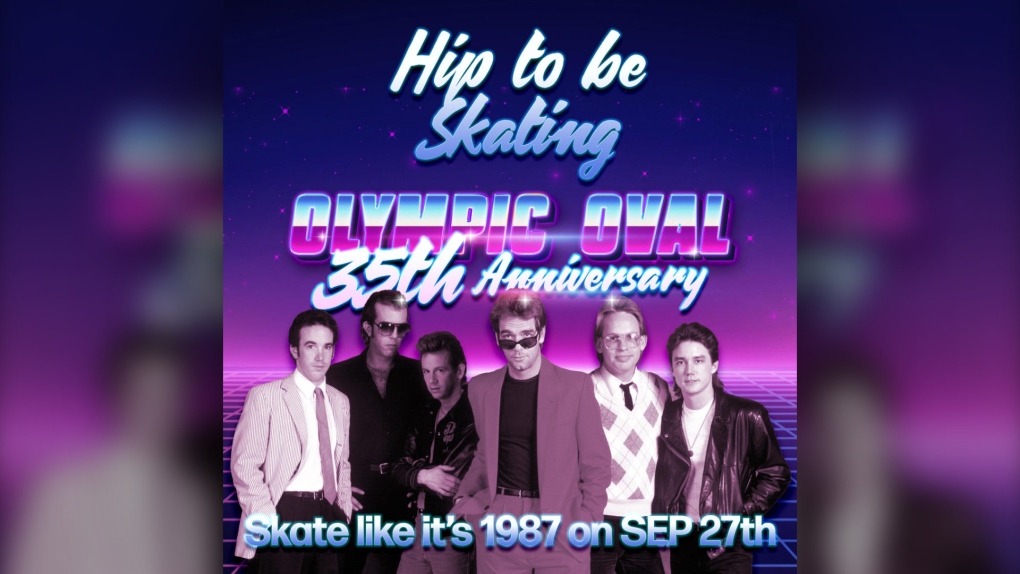 The Olympic Oval will be hosting a $1 skating party on Sept. 27 to celebrate its 35th anniversary. (UCalgary/Olympic Oval)

Fans of neon, big hair, skating and '80s pop should circle Sept. 27 on their calendars as the Olympic Oval will be turning back the clocks to celebrate its first 35 years.

The venue, which was built to host the speed skating events for the 1988 Winter Olympic Games, opened its doors  in 1987 on the University of Calgary's main campus.

Organizers will be marking the anniversary with a family-friendly night of skating with $1 admission and a 1987 theme.

The Tuesday night birthday party, which runs from 5 p.m. until 8 p.m. on the trademarked 'Fastest Ice in the World', will also include treats and music.

"We are so happy to be able to celebrate the Oval's 35th anniversary with the community," said Mark Messer, interim director of the Olympic Oval. "Come on down on Sept. 27 and enjoy a fantastic evening."

Helmets are mandatory and are available to rent through the oval's skate shop.

The Olympic Oval's 35th Anniversary Skate for ONLY A LOONIE.