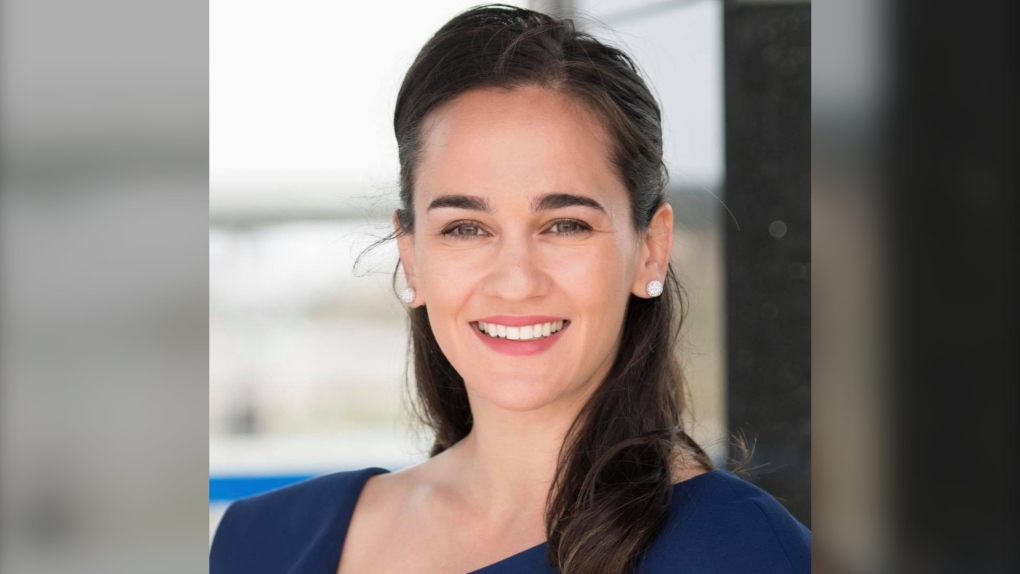 Jasmine Mian was elected as councillor for Ward 3 in Calgary's 2021 municipal election.
CALGARY -

Evan Dunfee, a racewalker who won an Olympic bronze medal in Tokyo this past summer, has indicated an interest in running for city council in Richmond, B.C.

"He messaged me a little while ago and was just very encouraging of me, and said 'I'm thinking of running,'" Mian told The Canadian Press.

"I think he would be amazing, in part because there's so much walking and door-knocking, and he would knock that out of the park. "

Results that will be made official Friday had her winning by 2,253 votes in Monday's civic election.

"It actually felt very similar to when I made the Olympic team in that so much of the work of getting elected as a city councillor is done in the many months prior to election day, " Mian told The Canadian Press on Tuesday.

"I really believe that the leadership skill set that I developed through the sport of wrestling has put me into a position where this was something I knew that I could do and could do in a meaningful way."

Mian placed 12th in the 48-kilogram division in Rio. She won a Commonwealth Games bronze medal in 2014.

Affiliation with the Olympic rings helps with name recognition, but the 31-year-old Mian was building expertise in municipal governance before she competed in Rio.

She has a master's degree in psychology with a thesis on pedestrian safety, as well as a public policy master's with a focus on issues such as how municipalities regulate short-term accommodation rental companies.

"I think when I put my name into the race, I thought that my public policy background would be a huge asset,'' Mian said.

"I certainly think that that will be an asset now that I am elected and will be governing."

Elections every four years also mirror the quadrennials between Olympic Games, she pointed out.

"I had to laugh because, obviously as an Olympian I was always living my life on these four-year cycles,'' Mian said.

"I got elected last night and I said to my husband, 'Hey, we're back on the four year-cycle, remember?'"

Mian was born in Guelph, Ont., and grew up in Barrie. She moved to Calgary in 2012 to train at the University of Calgary.

"I quickly learned that Calgary is more than a sports city," she said. "It's a young city and it's a city that likes to win.'"

"I think we've had some certainly had some challenges over the last five years.

"There's a lot of question marks about what the future of Calgary is going to look like, but what makes me feel really optimistic is that I think we have a great team that was elected yesterday that can help navigate that next chapter."