The highly transmissible Omicron variant of COVID-19 is driving up case rates in young children, and Alberta hospitals are admitting more young people than in prior waves.

Doctors have noticed the uptick since late December.

Dr. Freedman says during the fourth wave of the pandemic an average of five children per day who tested positive for COVID-19, but now that number has climbed to an average of upwards of 30 children testing positive in the emergency department.

He adds that Omicron is also presenting differently in children compared to earlier variants by affecting the upper airway including the throat, pharynx and nasal pathways where as earlier versions affected the lungs.

"The vast majority of these children are able to be discharged to home," he said.

Yet according to the latest data from the province, of the 1,101 people in hospital, 40 are under age 18, including nine  in intensive care.

The rate of children requiring hospitalization is surging since Dec. 20.

In about one month the hospitalization rate for children under age one has climbed by 57 per cent.

The rate for children between one and four years old is up 36 per cent.

For children between five and nine years of age,  it's also spiked by close to 60 per cent. Additionally, three children in that age group have died over the course of the pandemic.

All this has frontline workers dealing with staff shortages while parents care for children, while others take on extra work.

"They're exhausted," said high-risk obstetrician Dr. Stephanie Cooper. "They're running around like chickens with their heads cut off but everybody's doing their best." 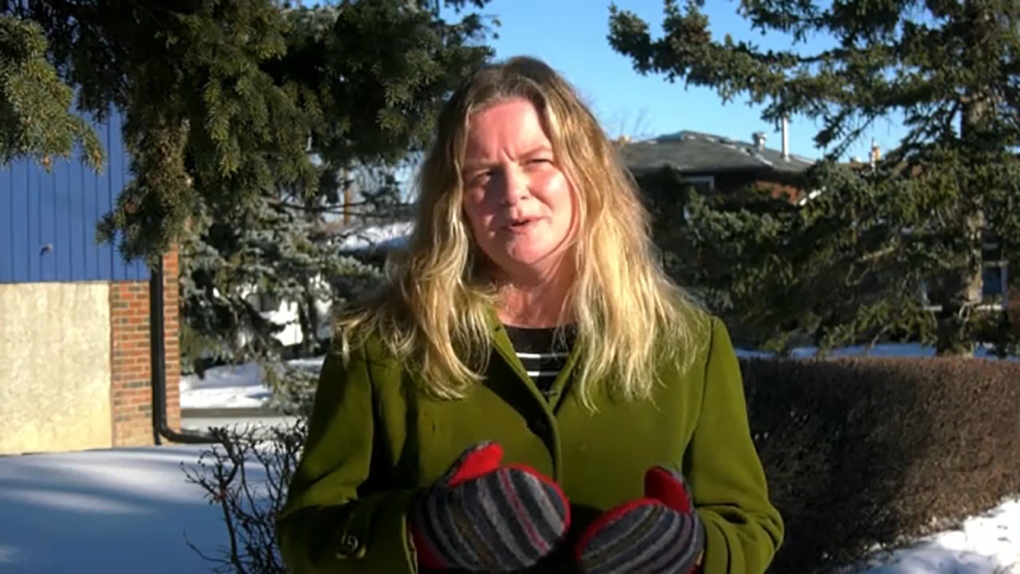 Some Calgary parents say they are nervous with the fifth wave and say young ones themselves are also anxious about catching the virus.

"I have no answers for him I really try to be very truthful with my son and I cannot promise him that he will be OK," said Sarah Kiley.

"'Probably' just doesn't cut it when you are worried and are anxious and are a young person and you just don't understand," she added.

Her nine-year-old son Jack  had 11 classmates report absent due to illness on Monday at Nellie McClung School.

She says he notices more of his classmates getting sick and missing school and it feels like a close call of an exposure.

"It's the new monster under the bed."

As of Wednesday the Calgary Board of Education is reporting that eight per cent of K-12 students were reported absent due to illness.

The NDP is calling on the government to respond to the increasing risk to children.

"Albertans are feeling abandoned by this government during this incredibly difficult fifth wave of the pandemic and they deserve answers," said health critic David Shepherd.

And Kiley also feels she doesn't have the words for her son's concerns.

"I don't have an answer for him. I don't know I think it will be fine, but I can't promise - and that's gut wrenching."

As the May long weekend kicks off, Environment Canada has issued severe thunderstorm and tornado warnings for some parts of southern Ontario and Quebec.

Most of southern Ontario was hit by a severe thunderstorm, with gusting winds knocking down wires and trees.

Why does campfire smoke seem to follow you? The science behind it

Marineland bans lawyer, filmmaker and scientist among others from entering park

Marineland has banned a number of people from its premises, some of whom have never visited the Niagara Falls, Ont., tourist attraction, days before the facility was set to open for the season.