One dead in rollover crash east of Calgary 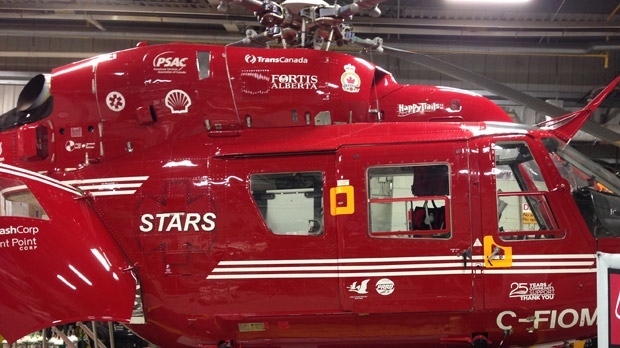 A woman in her 70s was transported to hospital early Tuesday after a rollover crash in Wheatland County. Two others were taken by ground ambulance, while a third person was pronounced dead at the scene.

CALGARY -- A 17-year-old male from Siksika Nation died Tuesday in a single-vehicle accident east of Calgary.

Emergency crews were called to Township Road 232 and Range Road 250, east of Calgary, just before 5:30 a.m.

Members of the Strathmore Fire Department responded along with EMS. On scene, it was determined the 17-year-old was deceased.

STARS Air Ambulance was used to transport a 70-year-old woman to Foothills Medical Centre, while two others were transported to Calgary by ground ambulance.

All three are believed to be in stable condition.

Preliminary investigations suggest the vehicle was travelling east on Township Road 232 when it went into the north ditch, rolling a number of times before stopping.