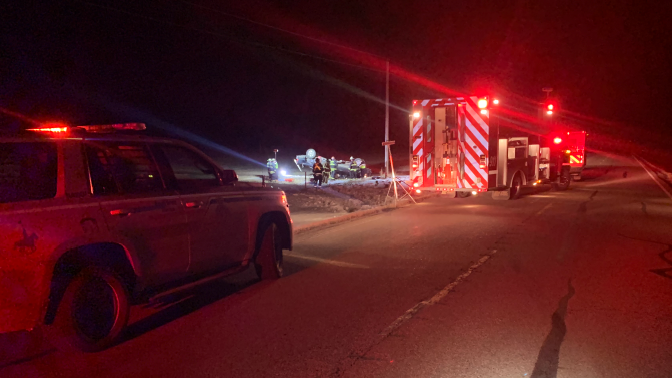 According to police, emergency crews responded after 9:40 p.m. to the crash on Highway 533, east of Range Road 265.

Investigators determined the driver, from Three Hills, Alta., and only occupant of the Chevrolet Silverado went onto the highway's south shoulder, over-corrected, entered the north ditch, and rolled over.

While investigating the crash, RCMP discovered the man had his golden retriever, named JD, with him at the time.

"It was determined the dog was uninjured and ran back toward Nanton," Mounties said in a statement.

"He was found by some members of the public who took him in and began searching for his family."

With the help of social media, police said JD was reunited with his family.

As the May long weekend kicks off, Environment Canada has issued severe thunderstorm and tornado warnings for some parts of southern Ontario and Quebec.

Ten children in Canada were found to be suffering from severe acute hepatitis not caused by known hepatitis viruses over a nearly six-month period recently, the Public Health Agency of Canada announced Friday.

Marineland bans lawyer, filmmaker and scientist among others from entering park

Marineland has banned a number of people from its premises, some of whom have never visited the Niagara Falls, Ont., tourist attraction, days before the facility was set to open for the season.